I was born Andrew David Wice in 1974 to two Political Science professors in Pittsburgh, PA. I learned to walk in Ann Arbor, Michigan. I was raised in New Jersey and Washington, D.C. In the spring of 1991, during the first Gulf War, I served as a page in the United States Senate.
I graduated from Macalester College (St. Paul, MN) in 1996 with Honors in English for my first novel, After Bells Had Rung and Were Silent.
After college I began my peregrinations around the country. I have lived, written novels and tended bar at a ranch in the Colorado Rockies, Manhattan, Brooklyn, Key West, New Smyrna Beach (FL), NYC again, Sedona (AZ), Iceland, and currently Madrid (NM).
I used to travel in the company of a handsome border collie named Sora. He was named for a Japanese poet. He was a good dog, and remains responsible for finding my present home: Madrid, New Mexico. First a coal-mining and later ghost town, it is a tiny island of artists and freaks located south of Santa Fe in the high desert mountains. For many years I was the music manager and bartender of the legendary Mineshaft Tavern.
Over eleven years of writing and submitting six novels, I have collected around 200 rejections. Therefore, I am very pleased that the wise and intelligent people at the Bauu Institute Press are excited to publish my novel To the Last Drop. I will be traveling to a bookstore near you in 2008. 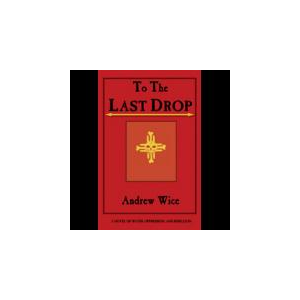 To The Last Drop: A Novel of Water, Oppression, and Rebellion