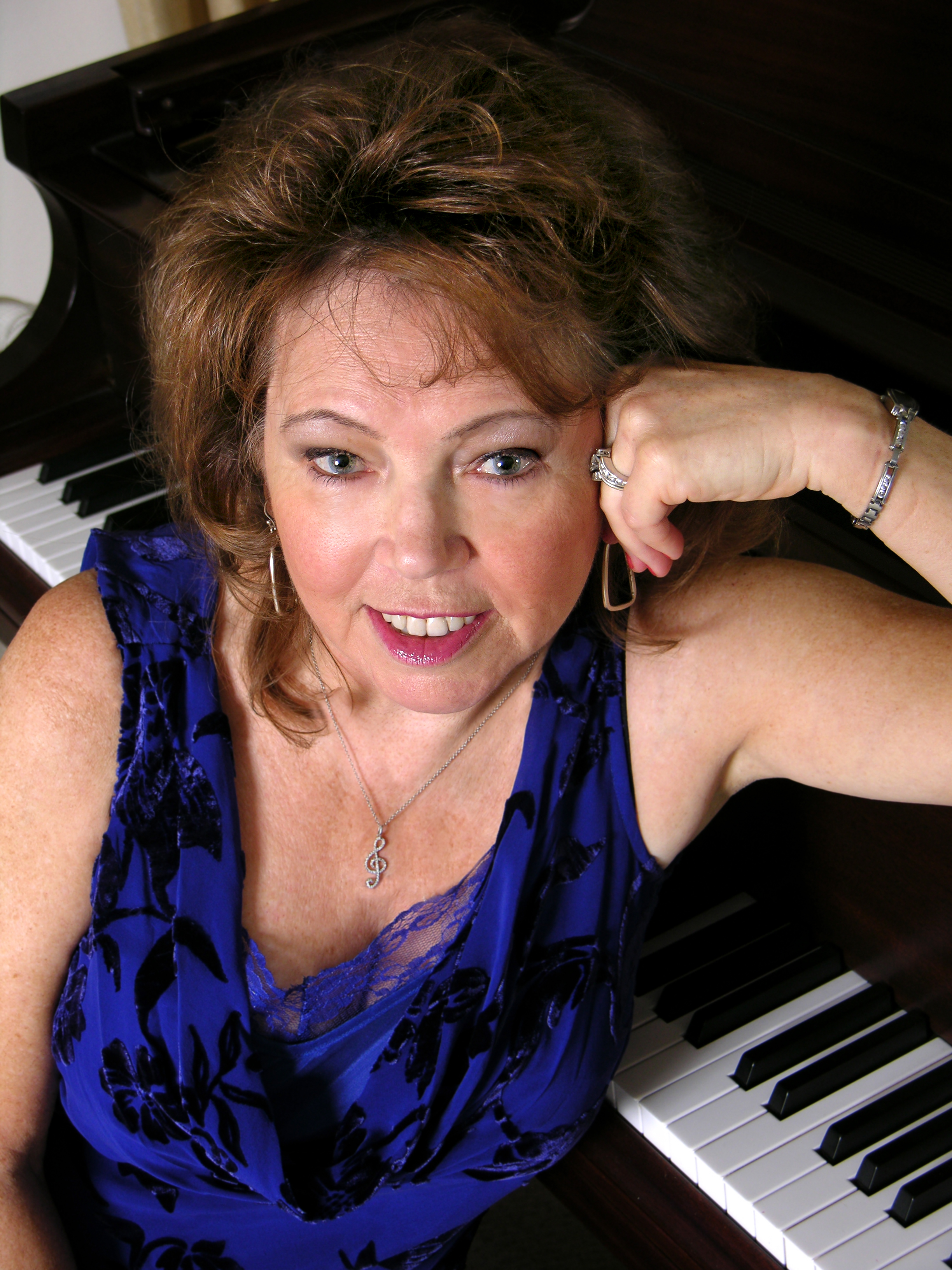 I've been a Jazz and Pop singer-songwriter my whole life with a burning desire to write about the characters I encounter in and around the music business, along with how they interact with the world around us... which lead to a truth-based, and very personalized crime series called the Liz Hanlon Novel series.  Titles include Harmonic Deception and High Notes Are Murder.  The unusual thing about these books is that the reader gets in on the process of writing, and performing the actual songs, plus gets to hear them with my recordings that can accompany the books.  On Stage is the latest CD, and the High Notes Are Murder Soundtrack goes with the book of that name.  That soundtrack is free with the purchase of High Notes ARe Murder.  My the third book--another one I just can't wait to write--will take readers into the car racing world, but Liz will still be performing live, struggling with that career thing, plus discover the love of her life...or so it seems in book three.

After performingfor many years, I developed the memorable character of Liz Hanlon, a talented young woman who faces adversity, financial hardships, and sometimes life-threatening situations to chase her dream of success through the labyrinth of the Los Angeles music scene. With plenty of high-stakes intrigue, the series sheds light on modern-day journeymen musicians and their aspirations.  I'd say this series is for anyone who's chased their dreams and found self-awareness...along with a deadly kick.

As the new year approaches, I've learned that this series and its music (along with the potential for new music that will come about as the series develops) is being considered by Sony Pictures for a 3-pt TV series!  So I'm so excited I can hardly describe it.  !! 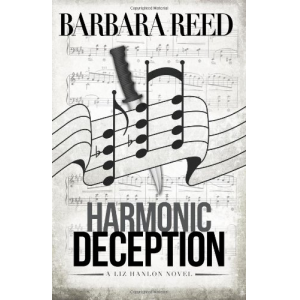 1. Could you tell us a little bit about yourself?
About Author-Composer Barbara Reed:
As a lifelong author and musician, my Liz Hanlon Suspense series is based in today's Indie music business—a world that's very different from the music business people usually picture.  I’d been a working musician for about ten years when the electronic/digital changes smashed on the scene, and they effected everyone from the record company executive right down to the club musician.  The great thing about that now is that I’m able to draw upon personal experiences to create authentic characters who balance all this pent-up creativity with today’s fast-paced personal lives.  These characters couldn’t be more realistic, and they really do feel like my closest friends!  Like many writers, I sometimes find the dynamics between two characters mirroring my own relationship with a friend.  I think writers sort of extract or imagine their characters from their own experiences around them.  As for where these stories take Liz and her friends, it's all over the map--into life-threatening situations, and sometimes delving into the psychological enigmas of the criminal mind.
In all books, as protagonist Liz writes and performs her music, readers follow the process.  When I began the series, I wrote new songs and put the lyrics within the book, and my editor commented that people were going to want to hear these songs…which prompted me to record them.  So I release the CDs along with the books just as if they were the book’s “soundtrack.”  Since it’s Liz who’s supposed to be singing them, I’ve called them Liz Hanlon's Live Concerts.  Pairing music with the books has really been a successful thing because the series with music is now being considered for a 3-pt movie series by Sony Pictures, so I’m pretty thrilled about that.
I still write music, record music, and perform steadily.  My most recent show have included the Jazz Kitchen in Downtown Disney, the Dorothy Chandler Pavilion, Stapes Center, and dozens of jazz and Pop venues throughout Southern California.  I also do something unusual at my book signings—I do what I call “Mystery & Music Booksignings,” where I combine live music and info about the book into a lively interactive session with games and prizes for the audience.  More about new books, music, and Mystery & Music events can be found at:  BarbaraReed.org.
2. Describe your book Harmonic Deception in 30 words or less.
HARMONIC DECEPTION:  After years of striving, singer-songwriter Liz Hanlon’s entire career rests on one thing: her performance tonight.  Every bigwig in the biz will be there . . . along with a brutal female gang member who will kill as many people as it takes to destroy Liz.
3. What was the hardest part of writing your book?
Developing a truly plausible story—a crime I thought might really happen in any town, anywhere—and balance Liz’s emotions about this killer’s tragic background with the person that she is: a no-nonsense, straight-shooter.  This girl got to her, yet Liz had to make a choice.  Also, it was hard to make all this happen while she’s still playing music.  These are, after all, books with a music business backdrop so it’s not as though I could have her taking a vacation from her gigs while she just happens to go off in search of the person who’s killed several of her friends.  The logistics were difficult in that way.
4. What books have had the greatest influence on you?
So many!  Believe it or not, I think biographies of American presidents have had the biggest influence so far—but I’m not done reading yet!
5. Briefly share with us what you do to market your book?
Not a day goes by that I don’t ask myself, “how can I reach readers and music lovers, and let them know about this whole enjoyable world of Liz Hanlon.  I’m posting on an ever-increasing number of Book and/or Music sites, as well as doing my musical appearances and Mystery & Music events.
6. How do you spend your time when you are not writing?
Reading, traveling, gardening, playing piano, exercising, attempting to play tennis, writing new music, etc.
7. What are you working on next?
Ah!  The third book in the Liz Hanlon series is going to be something very different. Liz adores classic cars, so this book will take her into the world of the extravagantly luxurious cars, and also into the ever-changing Art world—sort of a juxtaposition in a way…and all while she performs both live and on camera.