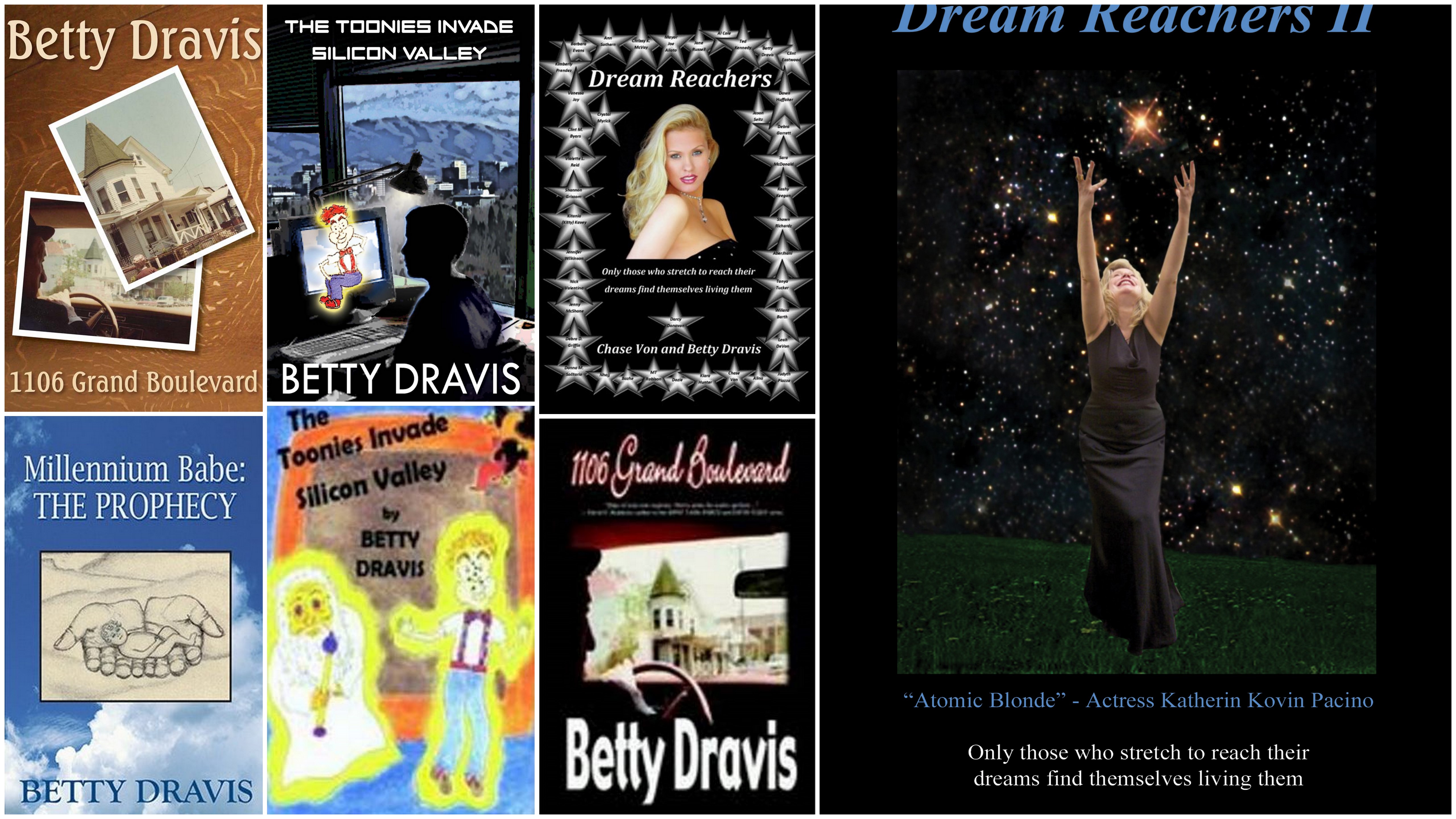 What readers are saying about Betty Dravis…


"Betty Dravis is a fantastic mix of Shirley Jackson, Edna Buchanan and Janis Joplin. Don't ask me how I came up with that unlikely comparison––I just feel it, and I haven't been drinking much tonight...." - Mark LaFlamme, author of "Dirt: An American Campaign"

ONE IN A MILLION! I told Chase Von he was one in a million years ago! Now I have to say Betty Dravis is one in a million, as well! Dream Reachers rocks! (more about Kim Kline, LA Music Awards Best Vocalist, etc.)

BIO:
BETTY DRAVIS was born in Hamilton, Ohio, one of seven children of John and Felda Barger. Her natural writing ability was nurtured by a "great Ohio school system, caring teachers, and a loving family."

She is a sensitive writer, adept in many genres. Her first nonfiction book is due out the end of May. It's titled DREAM REACHERS and is a compilation of inspiring celebrity interviews, including Clint Eastwood, Jane Russell and Ted Kennedy, along with gifted up-and-coming artists. On this book she collaborated with poet and celebrity interviewer Chase Von.

This talented woman is also the author of: 1106 GRAND BOULEVARD, an epic romantic thriller; THE TOONIES INVADE SILICON VALLEY, a young adult fantasy adventure; and MILLENNIUM BABE: THE PROPHECY, a mystery adventure. She also has short stories published in an anthology and her Amazon Shorts continue to be best-sellers.

She is a retired, award-winning California journalist and newspaper publisher who also hosted a Cable TV talk show. She was listed in two WHO's WHO books, is an honorary Kentucky Colonel, former member of Romance Writers of America, and former member of Sigma Delta Chi and San Jose Newspaper Guild.

Dravis has a large family in Silicon Valley, but now resides in Central California where she's writing a sequel to "The Toonies Invade Silicon Valley," among other WIPs. She is also working to promote Stem Cell Research, along with her daughter Mindy James whose son Seth suffered a spinal cord injury. Read Seth's story at: www.bridges2hope.unite2fightparalysis.org/home/story/52

Of writing, Betty says, "Writing a book is like sliding down a rainbow; marketing it is like trudging through a field of 'chewed' bubblegum on a hot, sticky day."

For more about this author, visit her website at:
www.bettydravis.com 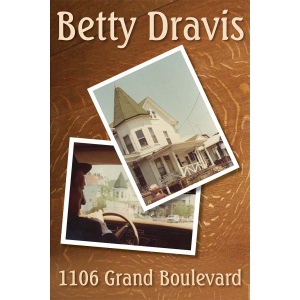