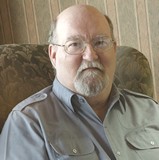 Sixty year old Detroit area resident, Bob Moats, has been writing short stories and plays for as long as he can remember. He has lost most of his original stories, typed or handwritten, in the numerous moves he has made from his hometown of Fraser, Michigan to Northern Michigan, to Las Vegas and back to Fraser, where he now lives. He also wrote the short fantasy novel "Crystal Prison of Kyr" and is a published playwright with his three act comedy "Happily Ever After".

Moats became one of the causalities of unemployment eary in 2009, and had time on his hands to finally pursue a life long dream of writing a full blown crime novel. Thus was born the first book, "Classmate Murders".

What followed was a series of seven books starting with "The Classmate Murders" which introduces the main character, Jim Richards, who has to admit he has become a senior citizen, reluctantly. Richards, one day, receives an email from a childhood sweetheart asking for his help, but by the time he reaches her, she has been murdered. His life turns around and he is pulled into numerous murders of women from his high school who he hasn't seen in forty years. Along with a friend of his, Buck, a big, mustached biker, they go off to track down the killer before he can get to one former classmate, Penny Wickens, a TV talk show host who Jim has just fallen for while protecting her. The killer is also murdering the women right out from under police protection, driving homicide detective Will Trapper crazy, and he slowly depends on Jim to help. There's humor, suspense, wild chases across suburban Detroit with cops, classic cars and motorcycle clubs; murder, mayhem, a good amount of romance and a twist ending. 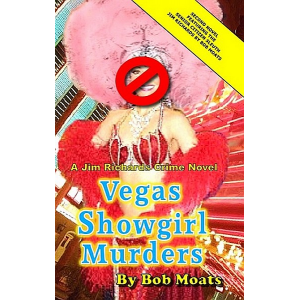 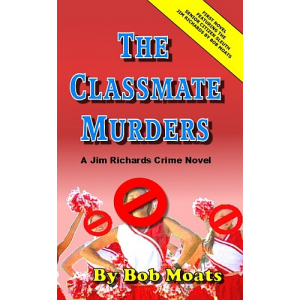