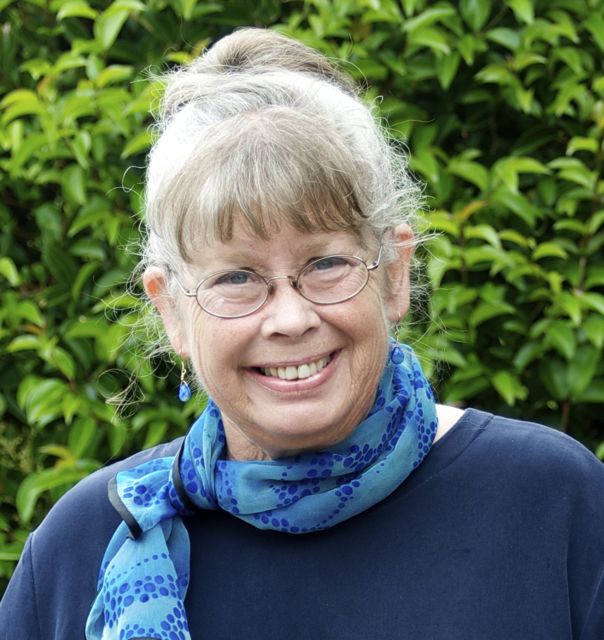 I am as passionate about photographing wrought-iron gates as I am about varnishing teak wood trim on boats. It is the light which reflects off the metal, just as it is the light that reflects like a mirror off of the varnish. You see, I look for the light in my life and that is where I find it. I love to share about how I found that light while speaking to a variety of audiences.

Lured to the San Francisco Bay Area by dreams of ocean sailing, I lived aboard a sailboat with my husband in the late 90’s. Eventually, I evolved from boater to landlubber, married to single, nurse to author, photographer, and publisher, and from living in an RV I renovated, to homeowner.

While living in the van, I traveled the Western States and Mexico for three years, photographing dozens of  gates; I have hundreds of images from my journeys. Currently, I speak to a variety of audiences about the unique origin of my book, Opening the Gates of the Heart: A Journey of Healing.

This book is one which you can pick up and start at any point in the book. It transports you to that safe and tranquil place you remember as a child. Once you read a verse or two and go through the gate(s), you are able to put the book down with a lighter heart and go about your day. For those who did not have a safe and tranquil place as a child, this book will bring you both in present day.

Read in its entirety, Opening the Gates of the Heart is a pathway to peace. Read one verse at a time, it is a starting point for a meditation or daily reflection.

This book is composed of 42 photographs of gates and inspirational prose that reflects my own healing journey from the depths of despair and praying to die, to joy and inner peace. It has won several awards for spirituality, inspiration, and photography.

In addition to gates, I photograph colored light through cut-glass, which produces magical and vibrant abstract images.These photos have been the recipients of awards, as well. I invite you to visit my photo galleries at www.gatelady.com. Please feel free to contact me at carolyn@gatelady.com.

“My art is about dancing with light -finding it, feeling it, and living in it. It is about sharing what I see through the lens of my camera. Come share the dance with me." 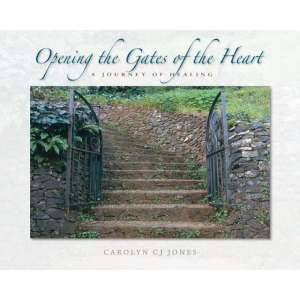 Opening the Gates of the Heart: A Journey of Healing

Can you start off by telling us a little bit about yourself?

I am a middle-aged woman whose favorite pastime is to renovate things... like houses, boats, cars. My last project was to gut an old Dodge camper van and redo it in cherrywood. I delighted in working with all the systems - running water, 12V electricity, wood, vinyl for headliner, etc. But that was in 2002, and I now look forward to one day remodeling the kitchen in the mobile home where I live.

In the past decade, I have evolved from living on a sailboat to landlubber, married to single, nurse to author, photographer, and publisher, drinking myself into oblivion every night to sober, praying for death to joy and inner peace, and from living in my van to homeowner. I live with my spunky cat, Izzy. She's a hoot. For example, when I print things out, she is right there by the printer and if I don't watch her and shoo her away, she jumps into the printer where the paper is coming out. It's always a race to see who gets to the printer first. lol

How and why did you become a writer?

I have loved to write since I was a child. I remember that in 11th grade, I was placed in an enriched English class because of my writing abilities. In later years, specifically 1999, I started journaling in order to manage my feelings that arose because of a man I fell for while I was still married.

My journaling continued even after I injured my right, dominant wrist in a work-related accident. It was too painful to write with the injured hand, so I taught myself to write left-handed. This is important, because all sorts of deep thoughts found their way to the page when I wrote with my left hand. In fact, much of the prose which appears in my book came from my left-handed journals.

When I became sober, my writing began to be my solace for feelings of pain I was experiencing in early sobriety. As I think back, I realize that my writing has always been an attempt to soothe myself from pain and life's hurts. In present day, I no longer journal. I stopped around 2009. I don't feel that lost and defeated feeling about which I wrote for years.

Is there a genre that you’d like to write and one you’ll probably stay away from? Why?

I love to write about ways to treat ourselves and others better, with more kindness, tolerance, compassion, and love. Ever the idealist, I like words which we can all use as a reminder of how to act in the world. I am told my writing is very inspirational and spiritual. It just seems to flow from me when I write left-handed, which I did up until I stopped journaling in 2009. So, inspirational and spirituality are my genres. I am least able to write fantasy or science fiction. My mind just doesn't think in that direction and I frequently cannot understand the storyline. It's just a little too "out there" for me.

Can you tell us a little bit more about your writing habits? Do you have a special routine?

Two routines surfaced during the years in which I journaled. First, while still married, I'd leave the boat at 5 am and walk to the local coffee shop, where I wrote voraciously for a couple of hours. Writing became my reward for walking in the mornings. Once I became sober, my ritual included reading from 7 meditation books and then journaling. During my early sobriety, I spent 4-5 hours a day writing. As I have healed and gained peace within myself, my journaling has dwindled to nothingness. Now, my ritual includes working on the computer in the mornings.

Where or how did the idea of 'Opening the Gates of the Heart: A Journey of Healing' originate? What inspired you?

I did not come up with the idea or inspiration to write "Opening the Gates of the Heart." In fact, I didn't know I was writing a book until several years into the process. "Over here," I was journaling, as I said earlier, while "over there," I was taking pictures of these lovely gates I had accidentally discovered in 2001 and later photographed in early 2004. These were two separate and distinct activities that ran parallel to each other.

Recognizing I had a body of photographs, I began to title each gate image in preparation to frame them and sell to galleries. Then, in late November 2004, I wrote in my journal words which described an image I had just titled "Webs of Fear." My words gave voice to the image far beyond the visual element. I wrote: "I have spent a lifetime spinning webs of terror and shame between the spires that stand as sentinels to my heart."

I was flabbergasted when I realized these words related to "Webs of Fear." This prompted me to search all of my journals, looking for anything I had written about my feelings, from despair to joy. I searched for anything that spoke about ways to treat ourselves and others better, and good principles of living, such as tolerance, forgiveness, and respect, to name a few. I found many paragraphs within my journals that spoke to me, as I stated above. In fact, I found prose which described about half of the images I had titled.

It was at this point that I realized a book was in-the-making, and I began to get inspired to put the words and photos together. And there you have the events that led to the making of "Opening the Gates of the Heart."

What activities do you do offline to market your book?

There are several things I have been doing to market offline. First, I have been getting the book into San Francisco Bay Area bookstores; I am in 22 of them. I also have placed the book in out-of-state stores in areas where I have connections. I am in stores in , , , , and the library in .

I have marketed and sold my book to hospital gift shops, as well as 12 step recovery homes and bookstores. I am putting effort into getting on radio shows across the country and was recently on KUSP's "Talk of the Bay" with Rick Kleffel.

Author signing events are a large part of my marketing plan, and I have several upcoming talks, both locally and out-of-state. I also am beginning to get in touch with gate makers, to collaborate and perhaps to do some book signing events.

Although the result will be online, I have developed an ebook, which will soon be available on all the major sites.

What are some of your favorite novels?

My favorite novels include Nicolas Cage's "The Horse Whisperer," "Smoke Jumper," and "The Divide." But more than novels, my favorite books are ones that are spiritual. For example, my favorite book is Oriah Mountain Dreamer's "The Invitation." "The Dance" and "The Call" are also favorites. Other authors I thirsted for in early sobriety include Eckhart Tolle, Iyanla Van Zant, and Melody Beattie. Currently, I seem to be fixated on murder romance mysteries. Lisa Jackson is a favorite.

My next book is in the making and is called "Gates of Grace." It flows naturally that once one has walked through the gates in their heart, they live in grace. My other potential project is a book tour in the summer, probably in the southwest. I am gearing up to do an all-out campaign with radio stations, in an attempt to schedule some interviews. I also will be trying to get on "View From the Bay," a local TV station. Certainly, I will continue to market to hospitals, rehab facilities, and bookstores.