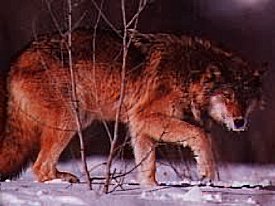 My life has been spent working in the field of electrical engineering, while my passion has been to understand why my life was saved by a spontaneous vision, and how such things occur. That vision occurred thirty years ago, yet I can recall it today, as if it happened just yesterday. I had recently moved away from home after finishing school, and was returning to visit my family. The road that I was travelling on was a narrow two-lane highway through a swamp in south west Georgia. It was like a dream, though I was completely awake as I cruised at 70 miles an hour down the back country highway. I saw a small red car begin to go under a semi-truck trailer. I thought it quite weird as I continued on my way. Five minutes later I approached one of several small cement bridges that crossed a creek that ran through the swampy Georgia lowlands. The bridge was too narrow for the semi-truck to stay in his lane, so the driver took the middle of the bridge. I didn't immediately consider that a problem, because he would be off the bridge before I got to it. Then I considered the vision that had occurred five minutes previously, and decided to slow down. I can remember thinking that the driver of the semi-truck would probably think that I was nuts for being concerned, and then deciding that it didn't matter what he thought. But that wasn't what he thought, because he knew that there was another truck behind him. He moved over as soon as he could, which allowed me to see the second truck. If it hadn't been for the vision that prompted me to slow down, I would not have had time to stop and wait as the second truck passed me. The outcome of not being able to stop would have been disastrous for me, because there was nowhere to go. The ditch wasn't an option, because there was no ditch. The edge of the highway dropped down into the swamp, which was full of trees.

I headed on my way and I began to think about what had just happened. It occurred to me that it took a remarkable amount of calculations to know that I would be approaching that bridge during the only possible moment that would bring disaster. A few seconds either way would have meant that I or the trucks would be clear of each other, or that I would at least be able to see the second one. So I concluded that whatever it was that provided the vision was way beyond me. I also concluded that there was some reason that the vision was provided. Why had I been protected? Why isn't everybody protected with warnings like that one? I wasn't anyone special.

I had given up on religion a few years before that. I became rebellious towards the Sunday school teacher that kept answering my questions about the Bible and religion with answers that always amounted to, "you've got to have faith." Even though she meant that I should have faith in the Bible, I took that answer to mean that I should have faith in whatever it was that she was telling me. I figured that I could do without that, because a lot of the things she was telling me made absolutely no sense. So I stopped going to church and decided that I must be an atheist, because that is what I had been taught about people who didn't go to church. It didn't seem like a big deal, because I didn't believe that the preacher or the Sunday school teacher really knew what they were talking about anyway. Surely there had to be something wrong with a God that would punish people that didn't belong to the church, with eternal suffering. I could understand being punished with a little slap on the wrist, but eternal suffering just seemed like a little bit of overkill.

That attitude didn't change because of the vision. But my attitude towards God did. I didn't go back to the church, because I figured that if God had a real problem with me not being a Christian, then God wouldn't have given me that vision. Instead, I began a lifelong quest to understand God. My journey began with reading everything I could find about prophecy. I read the Bible, and discovered that there was no mention of how a person becomes a prophet. So I began to read other books on prophecy. My favorite books were ones that were about a psychic named Edgar Cayce. He was famous for healing people who had been given up on by the doctors. He also discovered a lot of things about psychic awareness. I discovered that everyone was capable of doing the same things he did, and that the reason few people did was because of the things we believe in. If we don't believe that we are capable of being psychic, then we aren't. I knew that I was capable of it, because I had that vision.

My quest then became to be able to get more out of my psychic awareness. I learned from reading a lot of books about people who were psychically aware. Most of them agreed that the first step in becoming aware was to learn how to still the conscious mind. So I began trying to do that, and found that it's actually impossible to do. At least, for me it is. But I found out that I could focus my mind on just one person, and convey a thought to that person. Sometimes, it even appeared that I could receive a responding thought from that person.

I began to work harder on developing my psychic abilities after that, and soon learned about another way to still my mind. Instead of focusing on another person, I tried focusing on a single question. I would get comfortable, and then repeat that question to myself over and over again. My mind would try to wander, but I would bring it back to the question. I discovered then that doing that could trigger psychic vision. I couldn't just go anywhere that I desired, but I could see things in my mind that answered some of the questions that I would ponder. I took that a step further, and began to focus on two things at once. I would target a person that I knew, and ask to see if we had known each other before in a past life.

The next thing I learned about myself was presented after doing a rhythmic breathing exercise. During the exercise, my body started to tremble quite rapidly. When the trembling ended, I heard a voice inside my head that asked, "Are you going to sit there all day?" I didn't know it then, but have discovered that what I did is called "opening the chakra centers," which is a common experience among people in eastern cultures. I also learned something else, after doing that. It was beginning to turn cold, and I was coming down with my first flu of the season. I decided to try concentrating on telling my body to fight the flu. I repeated the thought for about five minutes, and then clearly heard that same voice telling me that it's done, and that I would be exhausted. The scratchy throat didn't turn into full blown flu, and the next day I was totally worn out. I used to get the flu two or three times a winter, but since then I just use the same little trick every time I feel the initial symptoms.

I was enjoying life immensely, and then everything changed one day. I was at work when I heard the news. Someone had just flown a commercial airliner into one of the Twin Towers in New York City. By the time I found the story on the Internet, a second airliner had crashed into the other tower. Everyone at work stopped working, as we watched them fall. I knew who did it. I knew that it was the same man who had tried to topple one into the other with a truck loaded with explosives, a few years earlier. This time he succeeded.

It wasn't until our president started banging his war drums against Iraq that I remembered something that caused me to take another look at Biblical prophecy. I took a look at the book of Daniel and read the part about the king of the north attacking the king of the south. The king of the north's sons would finish the job, according to Daniel. I also noticed that there was another man mentioned by Daniel; one that would become more popular than the king of the south. I was wondering about that as I laid down that night to sleep. The dream I had confirmed it for me. It wasn't a mysterious dream, full of symbolism to be interpreted. It was quite short and to the point; "Bin Laden" in black letters on a white background. I knew then that it was time to take another look at the prophecies. 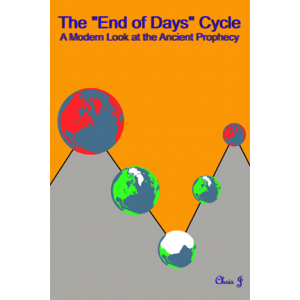 The "End of Days" Cycle: A Modern Look at the Ancient Prophecy