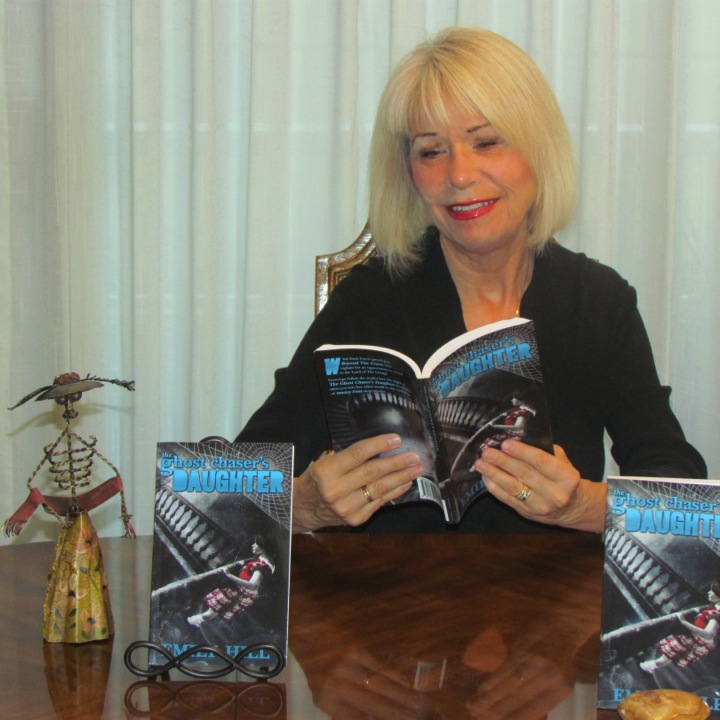 Emily Hill, author of GHOST Stories and owner of A.V. Harrison Publishing, is an IndiePub Coach who teaches privately, as well as at leading literary conferences, such as Edmonds Community College BizArt, and City of Edmonds WOTS Conference.  She is the author of the self-publishing series 'All Smart Cookies Can Self Publish', JENKINS: Confederate Blockade Runner. 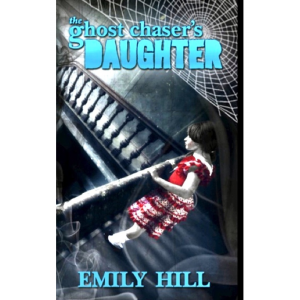 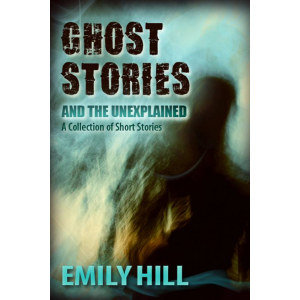 Ghost Stories And The Unexplained: Based on True Events 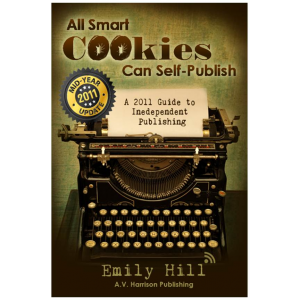 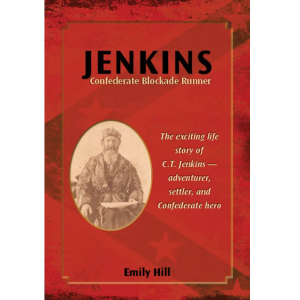 Of course!  The first thing I’d like to tell you about myself is how delighted I am with the BookBuzzr community which was introduced to me by book marketer, Lynnette Phillips.  I discovered Lynnette when, during a web search, I realized that she had done an unsolicited review of JENKINS for her blog.  I’ve followed her ever since.

I’ve been storytelling since I learned to talk, and have been a writer since second grade; which is when I learned to string two sentences together on paper.  My mother used to warn, “Emily, if you don’t be quiet you will run out of words.  We are each only given one hundred thousand words to speak in life, and you are coming very close to your quota!”  But, she never minded my hopping into the living room to hand her a story that I had written while sequestered in my bedroom.

JENKINS is a work of tightly researched historical fiction that follows one man’s quest for forgiveness after brushing off his family ties in a brash moment of youthful misjudgment.

The hardest part of writing JENKINS: Confederate Blockade Runner was knowing when to stop!  It was written under the most intense compulsion I have ever experienced.  One pre-dawn morning in 2009 I was working on a genealogy project that concerned my father’s ‘Jenkins’ family who are early settlers of Baltimore.  That morning I made ‘a discovery’ from reading through Baltimore’s archived newspapers that was so startling that I burst into tears.  A wave of two hundred years of family history overtook me; taking my breath away.  I remember standing up and stepping away from the computer screen, and then pacing the room.  It was at that moment I began writing JENKINS.  And it was not until my editor, Jacob Black, admonished me, “Stop!” that I did.

The Two Deaths of Senora Puccini, by Stephen Dobyns literally rocked my world when I read it – and each time I have re-read it.  I have probably purchased fifteen copies of the novel as gifts for friends, and have read it over twenty times.  At first read I was in a relationship that was … consuming.  I felt that I understood every element of emotion Dobyns’ characters were facing.  I identify with his writing.  A close second to Dobyns work is The Death of Artemio Cruz, by Carlos Fuentes.  You might conclude, I suppose, that I am fixated on grave matters, but really it’s the writing style of each of these gentlemen that inspire me.

Oops! Did you hear me laugh?  Marketing and being a writer, simultaneously, is difficult.  On some level I understand Amanda Hockings’ decision to sign with St. Martin’s in the hopes that someone would take over marketing and networking details for her.  Time will tell.

But, I’m not there yet, so it’s a teeter-totter between book sales, sequester to write; book sales, sequester to write.  Right now I am writing, so I appreciate the generosity of this interview.  My most significant book marketing plans lay at the feet of Lynnette Phillips. When I am ready to market – which I have learned is different from social media networking – I look to see what is happening in Lynnette’s world; her blog, her YouTube videos, her book reviews.  I also stay connected, through Facebook and my own website, with the people who have expressed an interest in my writing style.  My web address, as a writer, is http://www.emilyHillwriter.com.

I own a publishing company, and am an IndiePub Coach in my hometown of Edmonds, Washington.  So, when not writing, I am preparing for workshops and assisting clients with their own self-publishing needs.  I have helped twelve authors get to publication, and am proud of every single one of them.

Thank you for asking that question.  I am working on Ghost Stories…And The Unexplained.  This eBook title will be released within the next two weeks – in time for Halloween and All Saint’s Day.

I have had a series of unusual, and beyond explanation, occurrences in my life.  It dawned on me that I have never ‘collected’ these occurrences on paper – well rather – electronically.  Ghost Stories…And The Unexplained is a set of seven stories meant to send shivers down the spines of all who those who love a good tale from the world Beyond.

Like all of my titles, it will be available on Kindle and Nook.