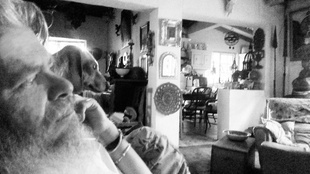 When I was eight years old, after a particularly riveting Saturday morning matinee featuring Tarzan and the Apes, I emerged with my younger brother from the cinema dramatically transformed. I decided then that when I was big I would make movies. Because I initially thought that I’d like to eventually specialize in Directing, after matriculating and obtaining a Film School Diploma, it took me the next thirty years of learning about virtually every aspect of the business to discover that this was not quite what I had in mind on that fateful morning when I made that rather dramatic decision. Having thoroughly apprenticed in all the departments of the film industry except wardrobe and catering, I was eventually given my first TV Series to edit, and discovered for the first time the immense satisfaction of the creative field of constructing stories with the aid of visuals coupled to sound. But within the confines of client and Director’s approvals, I found that my rebellious inclinations frequently collided with the dogmatic short-sightedness – I thought – of the establishment, and, impatient to get on with my career of Creativity, I switched to trying to raise money for the production of my first screenplay. To my endless surprise I ended up attending the Cannes Film Festival, and proceeding on to London and Los Angeles from there, ostensibly funding big-name Hollywood film productions. After pursuing and finally signing five major productions, I returned home thinking I had accomplished something, only to find that the financier backing me had instead backed out. He never had the money to start with. This hair-raising rollercoaster is the subject of my next book. During this time I rediscovered the joys of writing. I’d always enjoyed creative writing at school, and I successfully managed to write and Direct several productions for Television. In doing this it was confirmed that writing was where I belonged. Although I undoubtedly loved the Film Industry, the origination of the creative process was always in someone else’s hands. I wanted to fly unfettered and unrestricted by others’ constraints. Legend of the Lord Of The Wind – the return of the Messiah is my first attempt at writing for publication, and was written as the result of an unexpected turn of events that led to me becoming initiated as a Sangoma – a Shaman. It has taken me decades to write, having been documented as this new life unfolded. The favourable comments made by a random cross-section of readers, as well as the very positive comments of a major player in the local Film Industry plus the prestigious short listing in the writers’ competition launched by MacMillan Publishers, have confirmed to me that this unique book will most definitely be in high demand. And even though there will be those that might find it hard to believe that all this actually happened, it still remains one hell of a story. 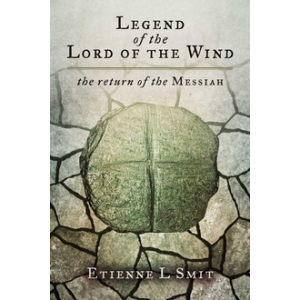