Joe Ortiz has the distinction of being the first Mexican American in US history to conduct a talk show on an English-language, commercial radio station. He began his broadcasting career in 1971 at KABC TALK RADIO 790 AM in the highly competitive Los Angeles media market. He went on to become an award-winning broadcaster, news reporter and newspaper columnist in Los Angeles for over 20 years.

Raised and educated through the religious principles of Catholicism, he drifted away from the Catholic Church in his late teens and instead became involved in civil rights, politics and other human endeavors. On January 5, 1975, after many years of living a hectic jet set lifestyle, he turned his life over to Jesus Christ and began attending services at various Assemblies of God churches in Southern California.  After much Bible studies and growing in the Lord, on August 29, 1979, he formed what is now called God’s Broadcaster Ministries, Inc.  From 1979 to 1986, he traveled throughout the country evangelizing the Gospel and lecturing from his first book, Saved, What Do You Mean Saved?

Fascinated by prophecy and end time’s topics, and his journalistic penchant for delving into the true meaning of words found in the Bible, Joe began an extensive study of prophecy and eschatology, using various Greek and Hebrew dictionaries and concordances to provide him greater clarity as to what biblical words truly meant.  As he continued studying the Bible, he began to notice inconsistencies in the prevailing pre-tribulation “Rapture” theory the Assemblies of God Church professed. Not wanting to offend his pastors or teachers at the churches he attended, he took a leave from his local church and his broadcasting activities to begin writing The End Times Passover in 1984.

In 2006, after 20 years of research and writing, Joe self published his original manuscript  into two books with Author House Publishers in Indiana, entitled The End Times Passover [Etymological Challenges to Millenarian Doctrines] and Why Christians Will Suffer Great Tribulation [The Sequel to The End Times Passover].

Prior to forming the company in 1988, Joe worked at various social service and public relations positions including Job Agent for the California State Employment Development Department; Parole Officer for the State of California; public information specialist for the Greater Los Angeles Community Action Agency; teacher/counselor at the Los Angeles Unified School District's Skills Center Program; Director of Employer Relations at South Bay College and as the National Director of Corporate Development for the Mexican American Legal Defense and Educational Fund.

A 20-year veteran news reporter and talk show host, Joe Ortiz began hosting shows on KABC-AM 79 in 1971.  He also conducted radio and television talk shows atKLOS-FM (72-73); KCBS (then KNXT) Television (72-74); KPFK-FM Radio (where he was Chief News Reporter from 75-76) and the "Prime Time With Joe Ortiz" show, which aired on KPPC-AM in Pasadena (85-86) and KPZE-AM in Anaheim (88-89).  He also starred in a 6-9 a.m., weekday, drive time show (Mornings with Joe & Cris) with comedian Cris Franco at KPZE-AM Radio in 1989. His last stint on radio was in 1992 as a substitute host for Dennis Prager on KABC TALK Radio during the Persian Gulf War. In 1976, he received a Golden Mike Award for news reporting while at KPFK-FM Radio and the Angel Award for Best Talk Show Host in 1973 while hosting the shows The Siesta Is Over and Bienvenidos at KCBS Television in Los Angeles.  In the November, 1989 issue of Hispanic Business, he was named to that national magazine's 100 Most Influential Hispanics in the US for his broadcasting excellence.

Educated at the University of California at Riverside and UCLA, he holds CaliforniaState credentials authorizing him to teach Public Relations, Public Affairs Broadcasting, Human Relations in Business, and Personnel Training and Related Occupations.  He has taught at RiversideCityCollege and both Los Angeles and Riverside Unified School Districts. In June 2000, he returned to his hometown of Indio, California and managed a family emergency homeless shelter in Palm Springs for three years.

Now semi-retired due to physical injuries, he lives with his wife Martha, a Registered Nurse at a major southland hospital, and devotes much of his spare time to more extensive Bible research, as well as managing several blogs and web sites, and provides public relations consultation services to various nonprofit groups dedicated to unwed mothers, the homeless and youth services. 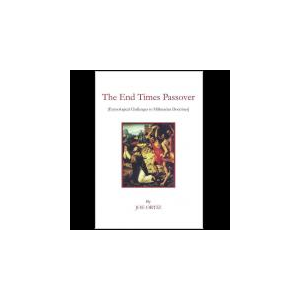 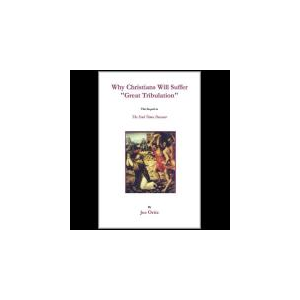 Why Christians Will Suffer Great Tribulation