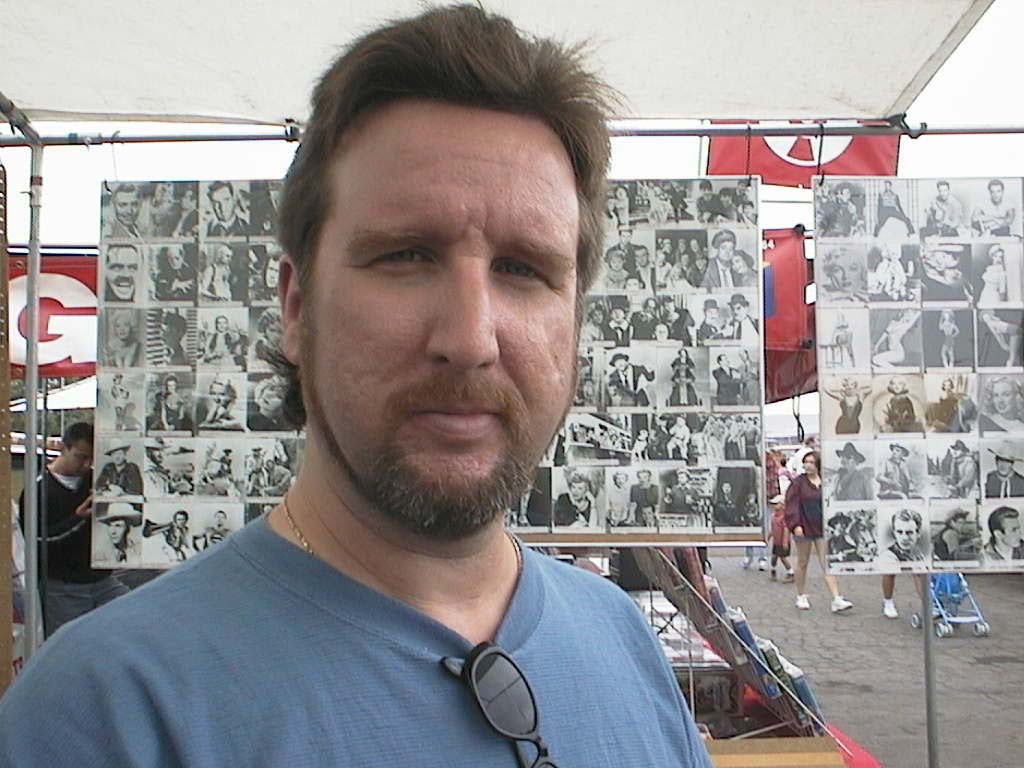 I am the CEO of Magister Investment Research (www.magisterinvestmentresearch.com), a subsidiary of Magister Technologies Inc., and the developer of CIT (Change in Trend) Cycles and Disequilibrium (DQ) Analysis for financial markets, products of over 30 years of research and practical application. For the last 30 years I have also been a consultant, investment manager, and system designer for financial institutions and individual investors all over the world as well as an independent financial  trader.

I have also been previously published in both “Futures” and “Stocks and Commodities” Magazines and have done extensive research into the practical applications of long term cycles of history and how they can be used to anticipate future events.

"The Prosperity Clock" book series (www.prosperityclock.com) that is now being released is my attempt to try and warn people about a major 40 to 55 year crisis period that my work says is potentially due to start in 2014, the likes of which we have not seen for over 500 years. Through these books it is my hope that the average person will learn how to navigate through the difficulties we are about to face, protect themselves and those they care about, and actually come out ahead when it's all over because there are still brighter days ahead, unfortunately they are probably another 40 to 55 years away! But there are always opportunities in Crisis periods and navigating through them is my specialty. 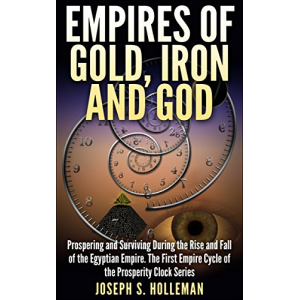 Empires of Gold, Iron and God: Prospering and Surviving During the Rise and... 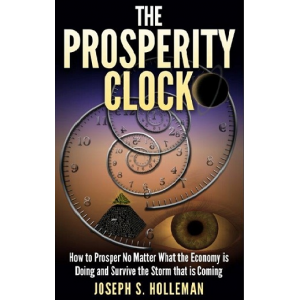 1. Could you tell us a little bit about yourself?
I am the CEO of Magister Technologies Inc. and its subsidiary Magister Investment Research. I have been a professional investor, trader and consultant for over 30 years now. My company does predictive analytic research for risk management in financial markets currently and will soon be expanding into similar work for the entertainment industry, sports, environmental risk, human resources, advertising and marketing, and a few other areas that are still on the drawing board. I currently live in San Diego, California with two cats that like to ignore me until they’re hungry!
2. Describe your book The Prosperity Clock in 30 words or less.
“The Prosperity Clock” is an introduction to the cyclical template that I created to analyze the course of the last 3600 years of human history in a way that has never been done before. It also provides a forecast for likely events to expect over the next several decades based on that same model and which the reader can easily pass on to his children and grandchildren so they can apply the same techniques themselves.
3. What was the hardest part of writing your book?
“The Prosperity Clock” was the easiest book to write. But it is just the introduction to what is an additional 8 book series covering the last 3600 years of human history from the ancient Minoan, Sumerian and Egyptian Empires to the present day. These books show the cyclical template described in detail in “The Prosperity Clock” in actual practice and how when you look at history through its prism it often takes on a very different look from what you were taught in history classes and allows you to anticipate events before they occur. The second book, “Empires of Gold, Iron and God” which covers primarily the rise and fall of Ancient Egypt (but also gives a lot of information about the Hittite Empire, the Minoan Empire, and the formation of ancient Israel, including a completely new look at how closely related the ancient Hebrews and Egyptians were and a new interpretation on how the Exodus took place) is out now. The books covering the ancient world are particularly difficult because that period has so little solid information to work with, so it’s like a big jigsaw puzzle where you have to look at the various interests of the leaders of the time within the context of the conditions under which they were living. But when you use the Prosperity Clock template, that task becomes much, much easier.
What I have found most true though is that writing books is easy. Marketing them is hard!
4. What books have had the greatest influence on you?
Paul Kennedy’s “The Rise and Fall of the Great Powers” was a strong influence, although he was too early in his forecasts. Oswald Spengler is another. Also, the writings of economist Martin Armstrong who I consider to be the best practical economist since Adam Smith.
5. Briefly share with us what you do to market your book?
Marketing has been difficult because I have a limited following currently because my work had kept me primarily behind the scenes for most of my career, so I did not start off with a huge built in audience. But I had a book trailer made that is now up on YouTube. I also have websites at www.prosperityclock.com and at www.magisterinvestmentresearch.com that promote the books, and I have been experimenting with a few other marketing services and Amazon’s KDP program. I have also offered free trials, worth several times the price of the books, to one of my market forecasting services, for purchasers of the paperback versions. Currently we are mapping out what I anticipate will be a much larger marketing campaign for a little later this year once the next two books are ready for release.
6. How do you spend your time when you are not writing?
My company is the child I never had so it currently takes up almost all my time. When I discovered that forecasting and analysis techniques that I did over a decade ago I realized I had stumbled across something that could change the lives of people around the world for the better, so I essentially decided to put all my remaining time and resources into developing them to their fullest and building a new company around them. It is my “pearl of great price” and I am the merchant who sold everything he had to possess it! With a little luck, in just a few more years, we will all be able to start to see the fruits of all this work in action.
7. What are you working on next?
The next two books in the Prosperity Clock series which cover the rise and fall of the Assyrian Empire, the United Monarchy of Israel, the Neo-Babylonian Empire, the Persian Empire, Alexander the Great, the Athenian Empire of Greece, and the early stages of the Roman Empire are almost complete now and should be ready for release sometime after the end of the first quarter of 2015. That and I am hoping to see a major expansion of our company operations in the coming year as well.