Julio Ojeda-Zapata covers consumer technology for the St. Paul, Minn.-based Pioneer Press newspaper, where he writes a weekly Tech Test Drive column and blogs about the latest tech trends. During a lifelong career in journalism, he has worked as an editor and earned many awards for his writing. He is the author of another Happy About book, Twitter Means Business, which documents how Twitter became a crucial business tool. He is a gadget junkie, an Apple addict, a social-media maven and total nerd.

A native of Quito, Ecuador, he spent the bulk of his childhood in San Juan, Puerto Rico and considers himself a "boricua." He lives in St. Paul with his wife, son and Pepita, the world's most-spoiled guinea pig. Learn more about Julio at ojezap.com. 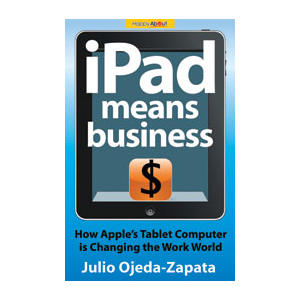