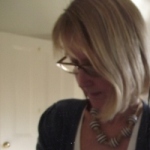 I live in London, UK.

I published my first children's book, 'The Secret Lake',in September 2011. It's a magical 'time-slip' story in which two children travel back in time 100 years and meet the children living in their then home... It's had wonderful 5-Star reviews - from children and adults alike, both on Amazon UK/USA, and on Goodreads and on my website below.  I was also thrilled to receive 5 Stars from the ex Head Reader for Puffin UK!

You can find out more about The Secret Lake at www.thesecretlake.com

My second book, Eeek! (about a soccer-crazy runaway alien...!) came out at the end of February 2012 and has also had great reviews!  It's been placed in 7+, 9+, Books for Boys and Books for Reluctant Readers on the respected website 'LoveReading4KidsUK' !

To find out more go to www.eeekthealien.com or search on Amazon or Goodreads!

To find out about my other planned children's books, go to www.wellsaidpress.com

To see my self-publishing blog please take a look at www.kareninglis.com

I hope you'll find something you enjoy! 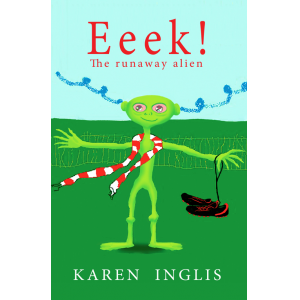 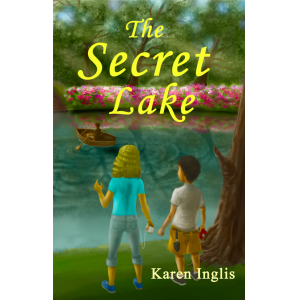 I’m a children’s author as well as a professional copywriter. Words and writing have always been an important part of my life – going right back to my childhood days of diary keeping and pen friends... I had pen friends in Africa, France, the USA and the north of England as I recall! I’m also a mother to two boys, George and Nick, who inspired me to start writing for children when they were younger. They are now rugby playing students! I am very determined and a hard worker - but I also love to socialize and enjoy life!

Describe your book ‘The Secret Lake’ in 30 words or less.

A ‘time-slip’ mystery adventure in which Stella and Tom discover a tunnel and lake that take them back to their home 100 years in the past where they meet the children living there.

The hardest part was finalising the story once it was 90% complete. There are twists of time and I had to take care not to overcomplicate things – especially as I have a young audience.  In particular, there was one chapter that I was unhappy with, which got ‘stuck’ for several years while the manuscript languished on my hard drive when I went back to the ‘day job’! When I pulled it out last January (2011) I was finally able to sort it out. There’s nothing like a bit of time and space if you’re having plot trouble! That apart – the book pretty much wrote itself – although I edited it endlessly right up to the last minute. Knowing when to stop fiddling is difficult!

From my childhood - Alice in Wonderland, The Wind in the Willows and The Lion the Witch and the Wardrobe… all magical ‘other worlds’ for daydreaming children, which I certainly was – and still am! From adult life, way too many to mention but Anne Tyler’s ‘A Patchwork Planet’ is a definite – along with ‘The God of Small Things’ and ‘The Kite Runner’.

Trying to market a children’s book is tricky because my natural audience of 8-11 year-olds is hard to reach directly – and even when I can do this they will rarely be in a position to make an impulse purchase! So I have to aim for parents and schools.

*      My starting point was www.thesecretlake.com – I’ve had sample chapters there from day one and this has been invaluable for me when talking to booksellers on the phone. In addition I allow children to leave reviews there safely and anonymously

*      On the social media front I have my own twitter account @kareninglis – where I tend to tweet about self-publishing. I also have as @secretlake_book which I set up for the book launch and where I try to connect with parents and children’s authors by occasionally tweeting general interest stuff around kids and reading - plus the odd snippet of what I’ve been doing with my book – school visits, signings etc. I’m careful not to over-Tweet as I am conscious of not wanting to annoy others through self-promotion.

*      I also have a blog – www.kareninglis.com – where I have described my self-publishing adventure to help other treading this route. It’s deliberately simple and is certainly getting good feedback and, I hope, is helping raise awareness of both me and The Secret Lake – and will hopefully do the same for my next book, ‘Eeek!’ which is due out at the end of February 2012.

*      I did a Goodreads give away which resulted in 5-Star reviews from the 3 winners!

*      On the more traditional front I have obtained local PR by tailoring press releases to different magazines and newspapers in south-westLondon where I live (local author angle) as well as the magazines/blogs around Notting Hill, which inspired the setting for the book. That has worked very well. I’ve also had coverage in the local newspaper where I grew up – with local bookstores there taking the book.

*      I’ve done signings in three branches of Waterstones, which is theUK’s biggest bookstore chain – and they’ve tweeted about those for me. I got my book into the store by calling them and referring them to my website www.thesecretlake.com. I was already on their systems due to the discount I offer through the wholesalers

*      I was very lucky to get a 5 Star review from the ex Head Reader from Puffin UK and from an Amazon.com Top 10 Reviewer not long after my book launched so that has really helped – when I contacted the Amazon reviewer (whose interest in historical settings drew me to her) she replied within the hour and said that she normally was too busy but was very drawn to the story…!

*     In addition children are able to leave reviews on my website – and they are wonderful.

*      I’ve also had national coverage in a magazine ‘Writers’ Forum’, courtesy of Louise Jordan, who founded The Writers’ Advice Centre for Children’s Books, who was keen to tell my self publishing story.  On the back of my blog I’ve also been contacted by a journalist who is doing a feature for Woman and Homes magazine here in the UK in June 2012 – I’m keeping my fingers crossed that will go to press.

Time ‘not writing’ doesn’t feature hugely in my life because I write for my day job too!  However I enjoy art galleries, classical concerts and good food – as well as reading, of course! I’m also hoping to go skiing in March...

My next book, ‘Eeek!’ is due out on Feb 29th 2012 so I’ve been busy with that. It’s about a soccer-mad alien who runs away from space to Earth during the World Cup and turns up on Charlie Spruit’s doorstep one morning. I’ve spent the last few months working with my illustrator (who lives in Bosnia!) on finalising the interior illustrations (which are black and white) and did the layouts for them this week. As I type, the Kindle version is being formatted and I’m due to upload the interior and cover files for the print copy in the next couple of days. I downloaded two sample chapters last night for the Kindle - the illustrations even looked great on my husband’s iPhone! http://www.eeekthealien.com/