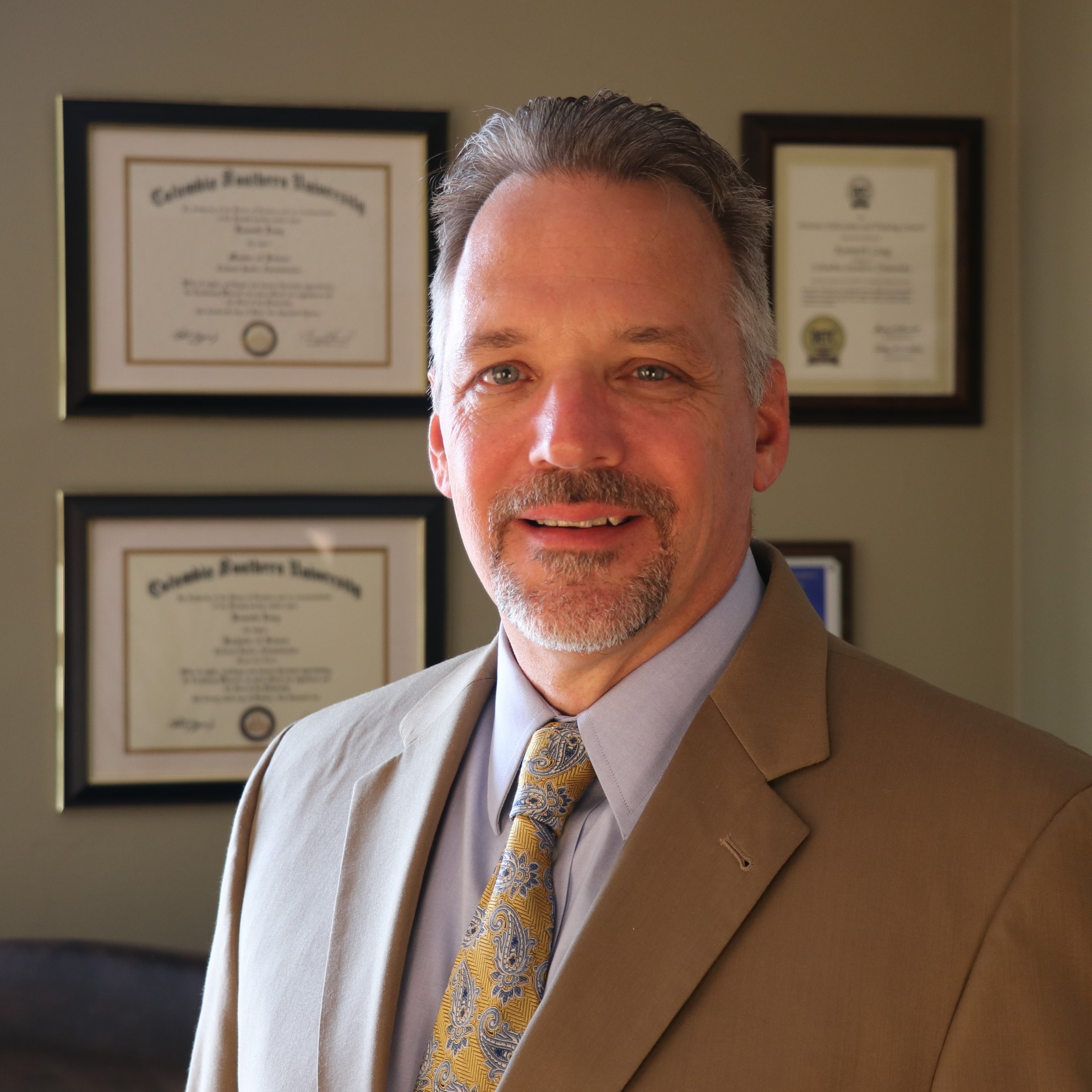 Ken Lang is a retired 25-year law enforcement veteran from Maryland and is becoming a premiere true crime and novel writer, drawing on his expertise as a violent crimes detective.

Ken initially served two years with the Havre de Grace Police Department before becoming employed with one of the twenty largest police agencies in the United States. While serving in Baltimore County he would spend 19 years as a detective in the Criminal Investigation Division (CID) Section where Sex Crimes, Robberies, and Homicides investigations have become his forte. A decorated officer, Ken is the recipient of several awards including the William J. Simms Memorial Award, 1997 Officer of the Year by the Optimist Club, five unit citations, Community Policing Award, and fourteen letters of appreciation for outstanding service as recognized by distinguished members of government and civilians alike.

In addition to his investigative assignments, Ken also served as a craniofacial forensic artist, providing Maryland police agencies with composite sketches, post-mortem drawings, age-enhancement renderings, and skull reconstructions for a variety of investigations.

In March 2010, Ken’s writing talents were discovered by some prominent people in the literary world. While volunteering at a story telling conference, Ken met Delaware author and ghostwriter, John Riddle, founder of I Love to Write Day, and the two conversed about ways in which Ken could create income in writing online content for law enforcement websites. But when John, who has taught alongside of best-selling authors James Patterson, Stephen King, and the late Tom Clancy, discovered Ken's vast experience in investigating crimes of violence, he encouraged the detective to seriously consider writing true crime books based on those experiences.

In spite of the busy work schedule and newly found love for writing, Ken completed his degree by the following October, earning his Bachelor of Science in Criminal Justice Administration from Columbia Southern University.

By March 2011, Ken acted on the advice and released Walking Among the Dead, a true crime novel surrounding a number of cases he handled when working as a homicide detective with the Baltimore County Police. His debut soon found favor among true crime and crime novel fans alike. The response was so overwhelming Ken would release Standing in Death’s Shadow in the spring of 2012 and then Death Comes Uninvited, the final book of the series, by that fall.

Ken’s writing has captivated the attention of a number of prominent figures in the writing industry, including New York Times bestselling author Julia Spencer-Fleming, who says, “Ken Lang is the real deal, a cop with chops!”

In 2011, following the release of his debut book, Ken was named one of 50 Great Writers You Should Be Reading by www.TheAuthorsShow.com, the leading online radio show for upcoming authors.

Two years later, his writing would be recognized again, this time for his contributions to his professional field of law enforcement. In 2013 Ken was named DETC Famous Alumni by Columbia Southern University for those writing contributions. This award came on the heels of Ken’s accomplishment in completing his Masters in Criminal Justice Administration.

In the days following these achievements, Ken’s academic and professional accomplishments in his law enforcement profession continued to be noticed. Following his receipt of his Master degree he was invited to serve on the Consulting Committee of the American Investigative Society of Cold Cases, an organization dedicated to reviewing cold homicide cases in an effort to help agencies solve them.

The AISOCC describes, “The Consulting Committee is made up of the absolute best investigators, professionals and educators within the criminal justice field. All members bring their unique skill set to their review of the cold case. From former and current FBI criminal profilers to former cold case detectives and everything in between, AISOCC has the best.” Ken serves on the consulting committee with some of the most distinguished and recognized professionals in law enforcement today, including: Lt. Joseph P. Kenda, BA, Henry Lee, PhD, John A. Liebert, MD, PCW, Mark E. Safarik, MS, VSM, and Werner Spitz, MD.

In June 2014, Ken activated his retirement from the Baltimore County Police to begin working in his new career course professor and director of the newly formed criminal justice program at the University of Valley Forge. He is currently pursuing his PhD in criminal justice with Walden University and has an interest in researching restorative justice concepts.

Ken currently resides in Chester Spring, PA with his wife, Michele, and children. 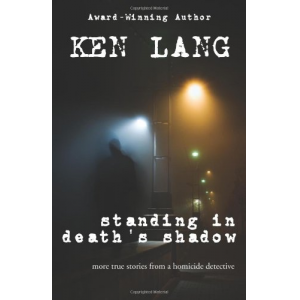 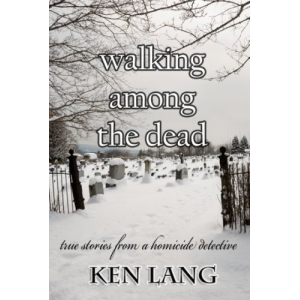 1. Could you tell us a little bit about yourself?
After 25 years of law enforcement experience, I recently retired from the Baltimore County Police Department where I spent 23 of those years as a sworn officer.  During my tenure I concentrated my investigative efforts as a detective investigating rapes, robberies and murders for about 15 years in all. As my career was winding down I finished pursuing my education and obtained my Masters of Science in Criminal Justice Administration with an ambition of teaching criminal justice courses in a collegiate environment. This past November, I was hired by Valley Forge Christian College to head up the new criminal justice program launching Fall 2014. I am really excited about this new adventure as it will allow me more time with my family, keep me acclimated in the criminal justice field, and permit me time to continue my writing. I am married, have three children, and live in Chester Springs, PA.
2. Describe your book Death Comes Uninvited (Homicide Series Book 3) in 30 words or less.
Death Comes Uninvited is the third installment of my homicide investigation series that captures murder investigations I worked while assigned as a homicide detective in Baltimore County, MD.
3. What was the hardest part of writing your book?
Without a doubt, remembering and organizing the homicide cases was the hardest part of writing this book. In my two previous releases I had felt that I had exhausted all of the “good” cases and felt like I had a handful of your “run of the mill murders” that wouldn’t grab reader’s attention. It turned out that as my recollection of the cases surfaced I had just as interesting, if not more interesting, cases to offer in this book. Then, after recalling the cases, I had to organize them into the dramatic back office storyline that threads itself throughout the entire series. But once I had the cases selected and my outline completed, writing was a breeze and the murder cases flowed off the ends of my fingertips.
4. What books have had the greatest influence on you?
First and foremost would be the Bible. I find my daily devotions often taking me into this greatest work of literature that yields an incredible wealth of knowledge and wisdom that allows me to work through my daily tasks. As for other works of literature, The Lord of the Rings trilogy (J.R.R. Tolkien) was the first set of books that ever grabbed my attention and influenced me. Tolkien’s mastery of the English language was splendid in how he hooks his readers and propels them through his storylines. I was in sixth grade when I first read them. I usually try to read through the trilogy once every other year. Another profound author for me has been Tom Clancy in his Jack Ryan series. While I have not yet had the chance to read completely through the series, I find his complex storylines intriguing as it draws me in to a complexity that is so craftily woven together, it demands your full attention.
5. Briefly share with us what you do to market your book?
First and foremost I maintain a website at www.kenlangstudios.com that tells readers about my homicide series (Walking Among the Dead, Standing In Death’s Shadow, and Death Comes Uninvited) books and ebooks. Additionally I have a Facebook Fan Page at www.facebook.com/detkenlang that allows me to interact with readers. I have also created an account on Goodreads where I would like to become more engaged with true crime groups. However, I have found that most of my interaction comes from Twitter (@DetKenLang), where I share personal and crime news tweets that engage potential fans. Most recently, I have been employing the services of BookBuzzr and Freado to help me market my books to a larger crime audience.
6. How do you spend your time when you are not writing?
I just recently moved to Chester Spings, PA, so I am unpacking boxes and preparing for the upcoming semester at VFCC. But when I have time off, I enjoy time with the family, camping, fishing, historical site seeing, and reading about historical events. My favorite historical time periods include the American Revolution, American Civil War, and World War II—there’s just something about the character of people who lived in those eras that captivates me.
7. What are you working on next?
I am currently writing the rough draft of my next project, a crime novel series based in Baltimore, Maryland. The protagonist is a county detective who finds himself reassigned to a secret federal task force after shooting a suspect of primary interest to the feds. As he aids the agents in their investigation he reveals a deeply entrenched criminal underground that has sets their sights on an unprecedented goal. Meanwhile, with the aftermath of the initial shooting that lands this detective in his precarious assignment, he is unable to convince authorities of the plot and has to confront the threat on his own. My hope is for an early 2015 release, then to continue writing the series.