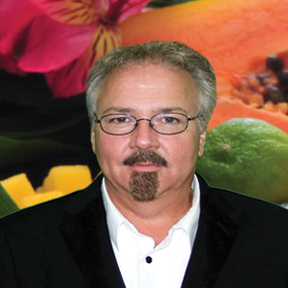 Lonnie Lynch: Celebrity Chef and Author
A master, talented, skilled, imaginative- these are just a few of the words used to describe Lonnie Lynch and his prowess for creating fabulous food. The author of three cookbooks, Mastering the Art of Florida Seafood, "Easy" Melon Carvings, and "Easy" Watermelon Carvings, Lonnie now introduces his fourth and latest book, Seductive and Sinful Cooking.

With over 20 years of experience as a cook, Lonnie Lynch has worked in fine hotels, restaurants and country clubs. He is a well known regional chef who has mastered the art of cooking seafood, carving melons and now unlocks the secret to the art of seduction and romantic dinners. In his latest tome, he dishes up the inside secrets of food seduction as a culinary cuisine in a creative, fun and unique way.

Lonnie’s experience far surpasses that of other local chefs. Lonnie has worked with Henry Boubee of Windows of the World and the Ritz Carlton, Walter Schieb, executive chef of the White House and the talented Steve Galluzi of Pete’s and Caesar’s Palace.

Raised just outside Chicago, Lonnie has also lived in California and Texas and picked up the local cuisine’s southwest flair along the way. He has refined his culinary skills at fine establishments such as Houston’s, Stetson’s, the Registry Hotel in Dallas, Five Star & Five Diamond, the Boca Raton Hotel and Resort and the showcase kitchen at Pete’s Restaurant in Boca Raton, Florida. Residing in Florida since 1986, Lonnie has honed his skills as a fabulous seafood chef and as an expert with fresh, local cuisine.

1989 was a turning point for the master chef when he listened to the Tony Robbins Power tapes, Take Charge of Your Life. They greatly inspired and influenced him to get his passion for cooking out to the world in book form and share his vast knowledge of great cuisine.

Now, having been a chef at over 300 weddings, the couples who were in love inspired him to write his latest book, Seductive and Sinful Cooking so he could bring together the two finest things life has to offer- romance and food. He has combined the customs of seduction and the time-honored practices of cooking to make a sensual, inviting experience couples can share. One of the most thorough books on culinary seduction and romantic dinners you could ever hope to read, Seductive and Sinful Cooking. shows you what works and helps you create your own style of romantic language through the use of food and presentation. 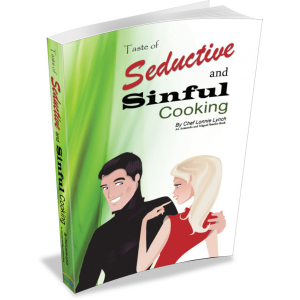