Marko was born in Belgrade, Serbia and grew up in the suburb of Senjak where he attended Branko Parac grammar school.When his family moved to Moscow he continued his education at a Moscow grammar school, together with studying piano at the music school and attending classes at the Yugoslav Embassy. It was on his return from Russia in 1990, whilst at the Sveti Sava High School, that he first developed a penchant for writing.

His inspiration for "Writings of a Wretch" came when he spotted one of his grammar school teachers minding a booth in a flea market in Belgrade. The realisation was brought home to him that all was not as it had seemed on the surface; that often unimaginable misery and hardship could lurk beneath a surface; and that one could never know of the mental suffering which may haunt the mind and life of another.

Mr Vignjevic has two other finished works to his credit: "Spirits and Shadows" and "The Premier (Cycle No. 1)", although sadly we understand that neither of these have as yet been translated into English. 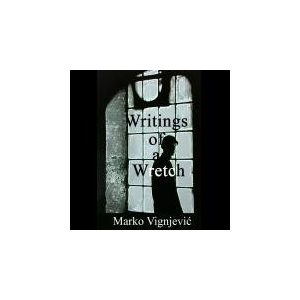 Writings of a Wretch