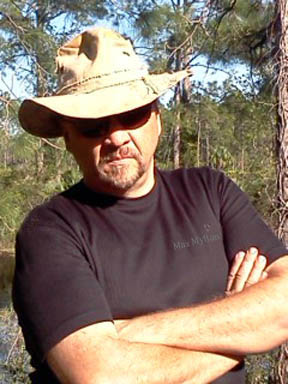 Max Myllan is a full time author living in Palm Coast, Florida.  In his past he raced cars, built several businesses, practiced martial arts, held insurance and financial services licenses and was an arbitrator, negotiator and mediator. Hailing from a small blue collar Pennsylvania town he was surrounded by tradesmen, many with military and paramilitary experience. Max is an active traveler, bon vivant and enjoys motorcycles and golf. 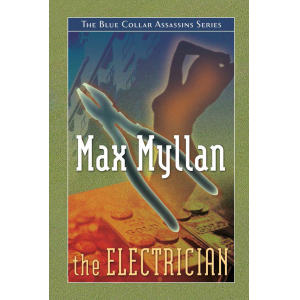 The Carpenter #1 in the Blue Collar Assassins Series by Max Myllan...

1. Could you tell us a little bit about yourself?
I have been a writer in hiding for many years as the passion smoldered while I had to be a provider for my family. I became an empire builder making millions along the way and losing it to two divorces, the Great Recession, bad debts, the stock market plunge, medical issues, failed businesses and lost jobs. Writing the book was cathartic and challenged my right side brain to new highs. I live in Florida, with two cats Zeus and Buddha. In his past I raced cars, built several businesses, practiced martial arts, held insurance and financial services licenses and was an arbitrator, negotiator and mediator. Hailing from a small blue collar Pennsylvania town I was surrounded by blue collar tradesmen, many with military and paramilitary experience. I am an active traveler and enjoy motorcycles and golf.
2. Describe your book The Carpenter #1 in the Blue Collar Assassins Series in 30 words or less.
A carpenter with black ops skills accepts a Faustian bargain to murder a billionaire, discovers “nothing is ever as it seems nor is it otherwise” and reverses his decimated life.

3. What was the hardest part of writing your book?
The entire process! When I thought I was done with the first draft at 68,000 words, I was unpleasantly greeted with the word count minimum of 70,000. Now I had to find a few thousand words that mattered to tell a better story. After I conceded that my first draft was better for vegetable garden enhancement, I rewrote the entire book twice. It was easier the last time and I ended up with 73,000 words, a better more exciting story and a darn good publisher. I had four publishers wanting to take on The Carpenter and the Blue Collar Assassins series and settled in on Christopher Matthews. Along the way I received some horrible suggestions form third party editors who I dismissed. Some beta readers who I entrusted gave me good ideas on what they like and of course all the wannabee writers who told me they had a great story and how they could write a book. I actually borrowed a few of their stories. The writer’s block which hit me after the sixth chapter on the first draft demoralized me. It came at a time when I face my biggest and most devastating life threatening challenge. I must be getting better at the process because the dreaded block didn't grab me until Chapter 8 of the Electrician. So- I did something fun or stupid. I went the beach and kicked some sand. I called a friend who inspired me. I listened to Mozart or Bach. Then I sat down and wrote and even though I drifted into story telling and not story showing but I had something on which to work.
4. What books have had the greatest influence on you?
In no particular order: The Dick and Jane books by Zerna Sharp ( I read them when I was 2 and was punished in first grade for being advanced!) , The Catcher in The Rye, by J.D. Salinger,  The Bible, King James Version Atlas Shrugged by Ayn Rand, The Fall by Albert Camus, The Prince by Niccolò Machiavelli, Don Quixote by Miguel de Cervantes Saavedra, The Count of Monte Cristo by Alexandre Dumas, The Elements of Style, by
William Strunk Jr. and I’m sure a thousand more books I’ve read.
5. Briefly share with us what you do to market your book?
I am active on Twitter, Facebook, Goodreads, LinkedIn, Pinterest, Book Daily and YouTube. I try to spend the first two early hours of each day marketing, then a few hours editing and proofing and the last four or five writing new material. When book #2 is released the marketing blitz of radio and press releases will commence.
6. How do you spend your time when you are not writing?
I write, market or do other activities related to writing an average of 11 hours a day. I sleep a solid 8 hours a night which leave 5 hours a day that I swim, exercise, study, read, workout, chat with friends and play. I live on the water in paradise and I enjoy riding motorcycles , spending time with friends at the little beach bar by the ocean and anything outdoors.

7. What are you working on next?
I am finishing up The Electrician #2 in the five part Blue Collar Assassins Series. I began preliminary notes on The Plumber #3 and the Painter # 4 and The Mason # 5 have premises and the ultimate conclusions developed.
I am crafting a novel from the point of view of a middle aged housewife who fled for her life from an abusive relationship and discovered an erotic flowering about her immense sexuality. Look for it by Spring of 2015.
I am writing a "how to" book about the unique methods I developed to write a novel from start to finish in four months. Look for it by late fall 2014.