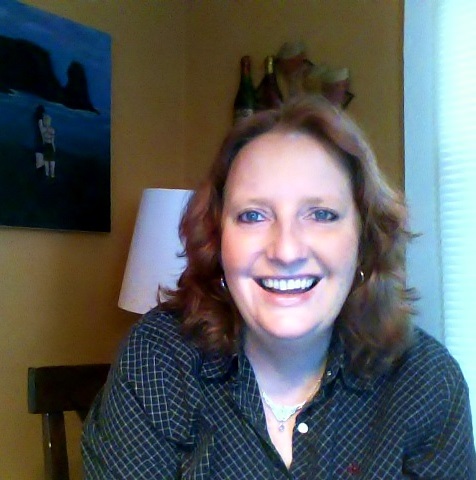 Nancy Ann Healy is a woman of many talents and interests. She has worked as everything from a bookstore manager to a standup comedian, and she enjoys movies, theater, and karaoke in her free time.

Nancy is happily married to her wife, Melissa. Together they have a son, Chris, and two dogs, Maggie and Sydney Bristow. The family currently lives in Connecticut, where Nancy is completing her studies in social justice through Arizona State University and working on her second novel in the Alex and Cassidy series.

You can learn more about Alex and Cassidy at their website www.alexncassidy.com. You can also read Nancy's blog, and other creative writing at www.thebumblingbard.com.

Life is a journey, not a destination. YOU create it! 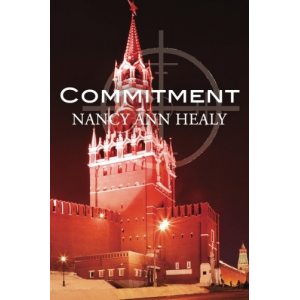 1. Could you tell us a little bit about yourself?
I have worn many hats in my life including working as everything from a bookstore manager to a karaoke host. I've performed as a stand-up comedian, acted as co-president for a community theater, play the tenor saxophone and have a love of all things creative, fine art, theater, music, film and of course, BOOKS.
I am happily married to my wife, Melissa. We have a son, Chris, who is twenty-three, and two dogs, Maggie and Sydney Bristow. Currently, we make our home in Connecticut, where I am completing my degree in social justice through Arizona State University and working on my second novel in the Alex and Cassidy series.

2. Describe your book Intersection in 30 words or less.
Intersection is a highly suspenseful political thriller that follows the lesbian romance that develops between an FBI agent and a congressman’s ex-wife during the course of a perilous investigation.
3. What was the hardest part of writing your book?
Writing is a joy for me. At times, finding the peace and quiet and even the TIME to dedicate fully to writing can be a challenge. But, as you continue you begin to learn the best routines and the best "spaces" to write in. Editing and reviewing edits is the most tedious and difficult part; at least for me. Accepting criticism and retooling, as well as learning to put aside self doubt in the process can become overwhelming. The more you read your own work, the more you tend to begin to want to tweak things. The entire journey of writing Intersection has been as much a teaching exercise in life as it has been in creating. Just another way in which art reflects life and life is impacted by art.
4. What books have had the greatest influence on you?
I tend to read more non-fiction than fiction as an adult. I love biographies and history. I also enjoy philosophy and religious studies. There is a book titled "I Don't Believe in Atheists" b Chris Hedges that had a large impact on me. Another is "Fried Green Tomatoes at the Whistle Stop Cafe" by Fannie Flagg. As a young person I loved John Jakes novels and I loved "The Count of Monte Cristo" by Alexandre Dumas. I also have a deep love of many specific writers who write for the theater, film and television.

5. Briefly share with us what you do to market your book?
I have done a variety of things. Utilizing social media has played a key role. Managing a Facebook page specifically for Alex and Cassidy. I also belong to special interest groups on Facebook and have networked with other authors. I have made a few blog talk show appearances, have had some written interviews and have done a radio appearance. I also use some print marketing, posters, postcards and even T-shirts. Having worked on the retail side of books, I am familiar with the sometimes uphill battle of marketing. I will also continue  doing book signings as well. I am fortunate to have a base of engaged readers that help on their own by tweeting and posting about the book in social media. They have even started the #tacowars, which is a fun competition I am encouraging in which they discuss the characters in videos and social media posts creatively.
6. How do you spend your time when you are not writing?
I have a part time job that I actually enjoy. Much of my time IS spent writing and marketing. I do travel and I am fortunate to have an active social life that includes many friends. I love to attend theater, symposiums and visit museums. A have a varied life. Everything interests me so you can find me strolling by a lake one day and in New York City the next.

7. What are you working on next?
My second novel, Betrayal, which is the second book in the Alex and Cassidy series is slated for release sometime in the spring of 2014. The Alex and Cassidy series, as of now, is planned to consist of four novels; Intersection, Betrayal, Commitment and Conspiracy. Additionally, I am working on a one act play and continue to blog about social issues.