All About Niall Magill:

Niall Magill has written ten non-fiction books and more than 100 poems. He continues to write blogs and short articles about the issues of the day and reads mystery stories avidly. His travel and residence in several regions of the States and in a host of countries abroad provide the background for these exciting stories, honed by his journeys to more than 80 countries of the world. His mystery-relevant experience ranges from on-site evaluation of Peace Corps programs in Niger and Chad, to serving as the World Affairs expert in 7 Peace Corps Training programs, to training faculty in the International University of Kyrgyzstan, to teaching at the University of Istanbul, to serving in the Air Corps in China in World War II, to conducting educational tours, and to lecturing in the main countries of Western Europe, Latin America, Asia, and the Middle East. These experiences serve to enliven his stories and lend a sense of reality and cultural insight.

He is a former college Professor of International Relations, Department Chair, Dean of the College of Behavioral and Social Sciences, and Deputy President. He also served as Vice-President of the local chapter of the American Federation of Teachers and the Vice President of the California Educational Computer Consortium. A member of Phi Beta Kappa from the University of Iowa chapter, he has experienced the unusual honor of being asked to give the Members In Course address three times at his university in the past  twenty-five years.

His academic specialty is foreign policy analysis. This resulted in constructing and teaching the IR Department’s most popular and demanding course with a constant focus on all areas of the world. It remains the signature course in the International Relations Department at his university. This exceptional course which is student-centered has provided him with a grasp of the problems and prospects of a troubled world. He has been selected as an outstanding professor by the IR Student Association several times His most recent sabbatical led to the preparation of a strategic planning model, unique for its power and comprehensiveness.  He has working familiarity with Spanish, French, and to a lesser extent with Chinese and Turkish.

An avid sports fan and former all-state player in football and basketball and a college varsity letter winner in basketball, he maintains a lively interest in most major sports which is often reflected in his stories.  He has two children and three grandchildren.  His son heads a theatre arts company in Shanghai and his daughter serves as a Pandemic Coordinator for the State of Wisconsin.

In addition to a life-long attraction to mysteries, his current interests include the legitimate stage, musical comedy, jazz, pop, and classical music, domestic and international politics and a continuing desire to explore the “highways and byways” of the world.

“Our times are so interesting and so challenging, I would not wish to live at any other time,” he contends. 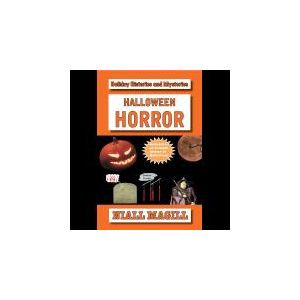