Paige Jackson was born in San Angelo, Texas. Because of her father's military career, Paige didn't remain in San Angelo long. She spent her school years living all over the world in places such as Greece, Turkey, Italy, and back in the United States she has lived in Maryland, New York, Texas, Mississippi, and Arkansas.

Paige developed a love for reading at a very early age. In fact, she was reading before she could walk. Because of the constant travel, Paige's most prized possessions were her books; they were also her closest friends and steady companions. During her travels her family returned to San Angelo on five separate occasions with her father finally retiring there in 1985. Paige went to college, majoring in Government/Criminal Justice with a minor in Psychology.

But Paige had wanderlust in her blood and soon left the sleepy West Texas town again. Paige spent three years training as a private investigator before finally branching out on her own and starting her own company. She spent the next eight years working from home in the P.I. industry, specializing in child cases. During that time, she returned to San Angelo (under some spell that never lets her leave the area for long).

Paige decided it was time for a different line of work, something a bit less depressing, so went back to college and earned her degree in Business Administration while working for a professional baseball team.

In 2006, Paige opened her own Virtual Assistant company and returned to working from home. That same year Paige woke from a dream with the story of Leyla's Locket in her mind demanding to come out. It took Paige a little over three months to write the first draft of the book. It took almost two years and endless rounds of revision before the novel felt right enough to Paige for her to allow her baby out into the world. During those two years, the stories for the next two books in the Sera Chronicles as well as another storyline that will likely be a trilogy knocked around in Paige's head, demanding her attention. 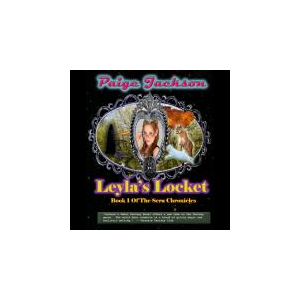 Leyla's Locket: Book One of the Sera Chronicles