Pat Corbitt first began writing professionally for publication in 1970 when he contributed a key chapter on innovative video recording technologies for the groundbreaking medical text, “Videotape Techniques in Psychiatric Treatment and Training” (Milton M. Berger, MD, Brunner/Mazel, New York City, 1970). The work launched a career, colored with the reoccurring theme and pervasive interest in both real--and fictional—science, and the human condition.

An author for a number of technical and artistic media articles as well as a featured column in “TV Technology” throughout the years since, Pat has practiced what he preached by writing, producing and directing hundreds of broadcast and corporate television shows over a 40+ year career, receiving dozens of international awards and commendations for his work. He currently has a variety of projects, scripts and documentary treatments at feature film studios, and broadcast and cable television networks.

Pat is the author of these current family feature film screenplays: “The Christmas That Almost Wasn’t” (CGI animation, based on an Ogden Nash tone poem), “Sky Island” (with co-author, Cathy Dipierro; a CGI animation, based on an L. Frank Baum story of the same name), “The Discovery” (live action, original script). Some of Pat’s short essays are available on www.helium.com.

“D.S.E.V,” (Deep Submersible Exploration Vessel) "a science fiction action-adventure tale for readers who hate science fiction," released in April, 2009, is Pat’s first novel. It is based on an original story and is currently in bookstores in the US and England and available on-line at:

and… from the publisher: www.publishamerica.com.

Currently, in addition to his television and film projects, Pat is hard at work on his second book, entitled “Splinters,” an espionage supernatural-thriller set at the end of the Second World War (due to be released in the Spring 2010). Pat has been married to his wife, Carol, for 40 years and lives and sails with her along the fabled “Jersey Shore.” They have 4 wonderful grown children: Cathy, Chris, Jon and Megan. And they always treasure the time they have with their terrific grandchildren. 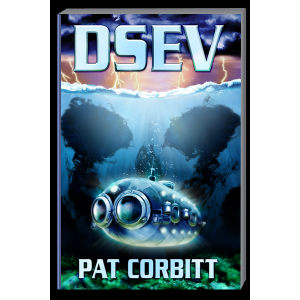