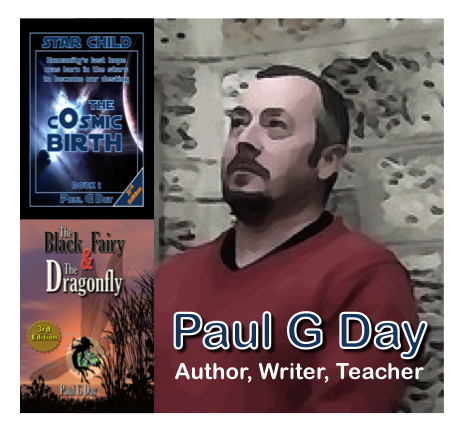 I am an experienced writer and Author of dozens of books and thousands of poems. I have been writing for many years, specializing in poetry and stories for young readers and am a qualified school teacher with two degrees, with majors in English and Drama. I'm one of 9 children with two grown children of my own and have been happily married for 25 years. I love to write stories which engage my readers with wonderful characters you can easily identify with. I love stories about personal growth in the context of the broader complex world. I draw on real world life experiences when writing my characters in their stories and try to capture the spirit of adventure, loyalty and courage in every adventure. 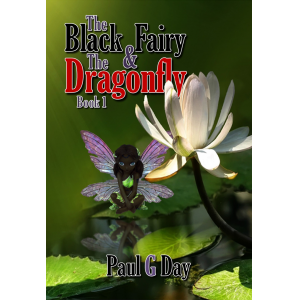 The Black Fairy and the Dragonfly

1. Could you tell us a little bit about yourself?
I am a qualified teacher and have 10 years experience. Before that I was a Motor Mechanic. I am one of 9 children and have 2 grown children of my own. I have been happily married for 25 years. I enjoy the great outdoors, but my passion is writing.

2. Describe your book ‘The Black Fairy and the Dragonfly’ in 30 words or less.
After being banished from the kingdom, Lilly, the black fairy befriends a dragonfly and they embark on an adventure full of mystery and danger, in search of the Lost Fairies.

3. What was the hardest part of writing your book?
The book itself came naturally to me. But it took many re-writes before I was completely satisfied. It’s difficult to write for a younger audience sometimes and you have to really get inside the head of a young person and draw on your own memories of being young. You also have to allow yourself to become lost in the adventure. When I started writing the story, I found myself wondering what would happen next, because the book took on a life of its own.

4. What books have had the greatest influence on you?
Well, many books have inspired me, but the one truly great book I have read is Jane Eyre. Her struggles growing up are what help make her story remarkable. But I’ve also been inspired by classics like The Time Machine. Of course, there are other classics like the Lord of the Rings and the Narnia Chronicles, which I also love. I read widely, but my favourite genres are Science Fiction and Fantasy.

5. Briefly share with us what you do to market your book?
Well, I have three blogs, a FaceBook page, a twitter account, Google Plus, Pinterest and pretty much all the major social networks. I also run PiA (Published Indie Authors) which is a site dedicated to helping other authors realize their dreams. But the most effective marketing has been selling my books locally. I’m about to have my first book launch and signing at a local event, so it’s pretty exciting. I also make book trailers and use BlogTalkRadio, where I host a radio show.

6. How do you spend your time when you are not writing?
My wife and I own a small property with a couple of horses, a dog and cat, some chickens and crops of Wheat and Barley for making hay. So I am kept pretty busy all the time. When I can find the time, I take my daughter and her friends camping in the Flinders Ranges and we make films for her YouTube Channel.

7. What are you working on next?
I have several projects. I am writing the sequel to The Black Fairy and the Dragonfly titled, “Escape from the Dark Queen”. I’m also writing two sequels to my YA Sci-Fi book, Star Child: The Cosmic Birth. In addition to those novels, I have a series for older readers called The Girl Who Kept Secrets and several children’s series, such as The Misadventures of Red Bear. I’m working on his latest adventure, The Red Bearon right now.