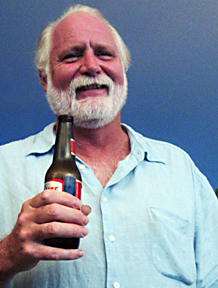 Former ski mechanic, tree planter, sailboat rigger and adman/designer turned Indian Trader. Originally from San Rafael, CA, Sutton has made his home in NY and in NM for the past 40-some-odd years. He's released four novels so far in his own name, and just released a new one written as W.T. Durand. He writes Historical Fiction, Fantasy and SciFi as well as Western-themed modern mystery. 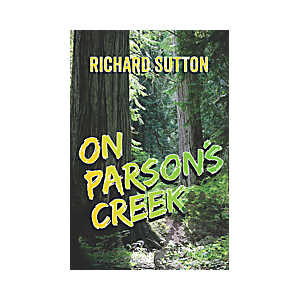 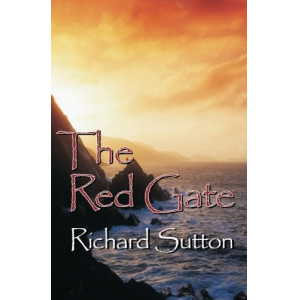 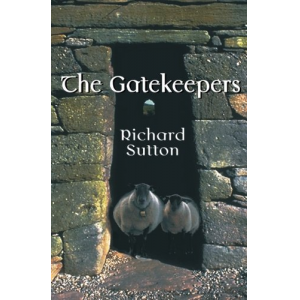 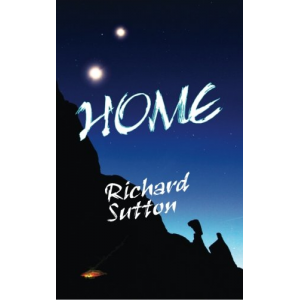 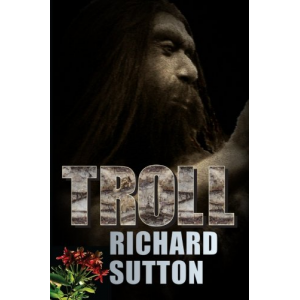 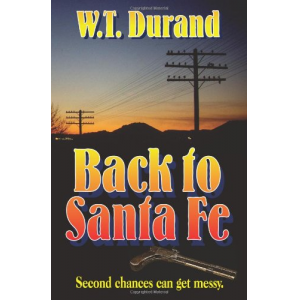 Back to Santa Fe

1. Could you tell us a little bit about yourself?
Born in California in 1952, I grew up all over the Western USA. We never spent more than one year anywhere until I was in Junior High School, so I learned how to self-invent pretty early. It's probably the reason I have as many stories percolating on my back-burners as I do. I hit the road my sophomore year at college after my guitar was stolen and eventually hitch-hiked my way to New York City from the Oregon commune where I'd built a small cabin in the woods. I found New York the most welcoming place I'd ever made a home, and stayed. Working as a ski mechanic somehow led me to my career in advertising, communications design and copy writing. by 1985, it was time for a change so my wife (the marketing professor...) and I decided to become Indian Traders and bring authentic Native handmade work and fine arts back to the NY market. Our gallery was open until 2007. Retirement meant that I could concentrate on my stories and learning the craft of fiction, which has so far produced six books and a few extended short stories.
2. Describe your book On Parson's Creek in 30 words or less.
Imagine a "new kid" stuck in a tiny school in a logging town. Wandering, he discovers a frightening mystery hidden in the woods near his home. No one wants know about it.
3. What was the hardest part of writing your book?
OPC was a departure from my typical writing, usually in SciFi/Historic Fantasy. I wanted to explore a bit of my own past as well as some questions that have swirled around my head since I was a teenager spending a lot of time alone in the Oregon woods. The story grew from a couple of real incidents, which I fictionalized. Before I knew it, I had written a YA novel. The single hardest thing was to keep the writing voice appropriate for my main character but keep it the voice of a sixteen year old, not the man he grew into.
4. What books have had the greatest influence on you?
My writing wellspring comes from five titles, in chronological order beginning with L. Frank Baum's Tik-Tock of Oz when I was eight, The Lord of the Rings, Ray Bradbury's The Martian Chronicles, Arthur C. Clarke's Childhood's End and Walter M. Miller's A Canticle for Leibowitz. All kept my young mind endlessly occupied and engaged, spinning off what-ifs and theoretical imaginings that have still not completely quieted. Also Herman Melville's sagas, James Michener's Historical Fiction, particularly Centennial and The Covenant. There have been so many, but these are the core.
5. Briefly share with us what you do to market your book?
Never enough (laughing...), that's for sure. I have sent out print press, ePress releases and ARCs to reviewers in key demographic/regions based upon looking at online responses and reading groups. I maintain an imprint site with as much cross-linking as I can get. I maintain active Facebook and Twitter accounts that I engage with daily as well as a few book-related and marketing sites in a few of my genres. I'm always alooking to add new venues, while always comparing results and costs, as I live on a pretty strict budget. Of course, if money were no object, I could really get some market penetration, but since it is, I'll just have to do it over time, a reader at a time.
6. How do you spend your time when you are not writing?
My Dad taught me that if I can't fix something, I had no business owning it. That made me a lifelong researcher and hands-on student of everyday engineering. I keep our house, car and grounds running happily (most of the time). I also do daily online market research, keep my voice accessible in various writing and reading communities, play some six-string music, spend time with our kids and grandkids, wrangle our cats, listen to classical and more of said six-string music and, of course, write.
7. What are you working on next?
I've been writing and researching a longer historical novel/family saga set in both Red Hook, Brooklyn and in New Orleans during WW2 and before. It's meant some travel down to the Gulf and upriver for which I'm very grateful. My wife's family is connected in both places, so it feels right whether on the B.Q.E. (Brooklyn-Queens Expressway), driving down to the bayous or in The Quarter (The Vieux Carre) in New Orleans. It's the story of a Brooklyn tugboat captain who ends up living two lives, one in NY and one in Louisiana and a secret government mission that finally gives him some redemption. I expect it won't be a completed draft until 2016, which will make it the longest time between titles since 2009. I've released two other books during the time I've been working on this one, so there may well be other, shorter titles to come if my more typical muses get too pushy along the way. I try to plan, outline and annotate my work, but in the end, the story takes me where it will and I just sit back and enjoy the ride.