Robyn Tippins is a community advocate with over 10 years experience in the social media space. From her early days marketing her own small business using forums and email lists, to blogging, podcasting, vlogging and video game immersion, she’s often used social networking to engage and communicate. In her current role, Robyn oversees the community aspect of the external developers on the Yahoo! Developer Network.

Robyn has blogged for blog networks and corporations, podcasted for small and large businesses, worked closely with social networking sites, and advised Fortune 500 companies on social media and community. Her early podcasts featured some of the web’s most interesting and well-known Web 2.0 experts in fields such as VoIP, Technology, Open Source, Marketing, Social Networking, Video Games and Blogging.

She finds her greatest joys in moments away from her computer, spending time with her husband and four children, ages 4 to 11. She and her family reside in the San Francisco Bay Area of Northern California. 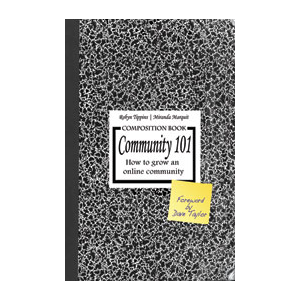 Community 101: How to Grow an Online Community