Roy McConnell published his debut novel, Mind Walker, in September of 2009. Mind Walker, is a suspense/thriller loaded with action, romance, and even a twist of sci-fi. Roy was selected as a Rising Star author on the Barnes and Noble website. Mind Walker has been in the top twenty novels of the Rising Star series since publication.

Roy's short stories have been published in many print and on-line magazines. Some of the magazines are: The Storyteller, Frame Lines, York Region's Pen and Pixel. When he is not at his day job as a computer systems analyst or working on a new novel, Roy is either playing competitive pool, golfing, going for long walks with his wife, or relaxing with a good book or movie in Newmarket, Ontario. 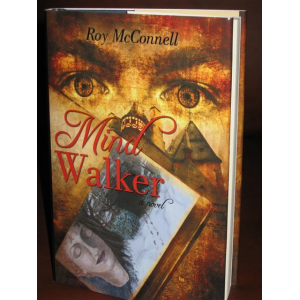