Tara Reed is the accidental writer from Toronto, Canada, not that chick from Sharknado. When her career in public relations was forced into hiatus by a jerky plot twist, she wrote the first in a series of interactive novels. When she received offers of single and multi-book deals from top houses, she turned them down to publish independently. Because she's crazy.

She was voted Most Sarcastic Female at her high school prom, which she went to alone. (Not that she thinks about it.) She can fit her whole fist in her mouth (which makes the prom thing surprising), and she can sing with her mouth closed, but she can't do both at the same time.

Her tweets on The Bachelor have been aired in a live broadcast and picked up by national media. She once appeared on the cover of a romance novel with her longtime partner, who has done 79 more - with other women. 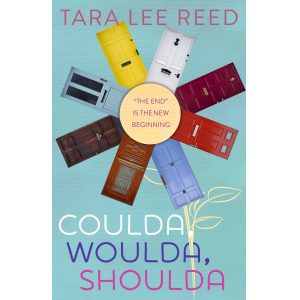