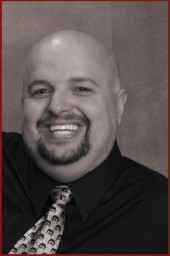 I am a full time finance manager and a part time writer from Elgin Illinois.  I discovered a passion for writing at a very young age. I would write stories just for myself to pass the time. My imagination is very vivid, sometimes too much so, but the stories I write are fueled by his daily life. I live in Elgin today with his wife and children. 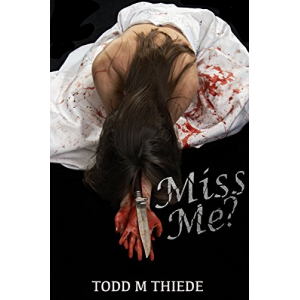 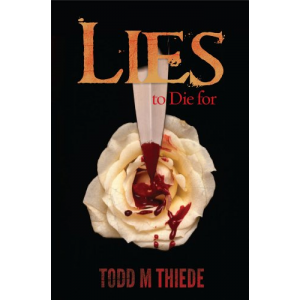 Lies to Die for (Max Larkin) 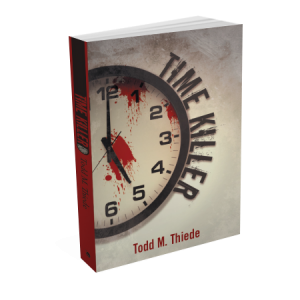 1. Could you tell us a little bit about yourself?
Todd M. Thiede
Perhaps you wouldn't characterize the Finance Manager of your local automobile dealership as an Amazon best-selling author--until you get to know Todd Thiede. He has worked for the past decade at Elmhurst Toyota, but Thiede is in the driver's seat as the writer of a murder mystery series featuring his hero Detective, Max Larkin. "Time Killer," which Kirkus Reviews deemed "a fast-paced thriller" that will "keep crime and thriller fans wrapped up in its twisting plot, fast pace and memorable detective," and "Lies To Die For" (which reached No. 1 on Amazon in the "Serial Killer" category) are available via Amazon Kindle. Thiede is currently writing the third in the series titled "Miss Me?"
Go to www.toddthiede.com for more info on Todd and his books.
According to Kirkus reviews (the toughest book reviewer in the business):
A fast-paced thriller centered on a brutal, time-obsessed serial killer.
The expression "killing time" rarely means murder, but here, the victims of a serial killer must pay for time they've wasted, often with both their money and their lives. In a brutal scene from the opening chapter, an entire family is murdered after a stranger invades the family's home and accuses the patriarch of wasting his time. Veteran cop Max Larkin is on the case. Unfortunately, he's also been assigned a new partner; though she's green in the field--she has "very sad eyes" and prays upon arriving at the first crime scene--she gives the hardened old detective a new perspective he never knew he needed. But as the serial killer claims more victims, a pattern emerges that neither Max nor his new partner can ignore. With brisk pacing, Thiede's debut brims with action, violence and, occasionally, emotion. Though the book takes a while to find its heart, procedural fans will feel right at home. Larkin feels like a guy worth rooting for, despite filling the shoes of the beaten-down, grizzled, old loner cop trope a little too well. His interactions with his new partner, plus the twists and revelations regarding his past, give him enough of a pass to get readers invested in the story
and looking forward to his next outing. Larkin's story doesn't break any boundaries, but it'll keep crime and thriller fans wrapped up in its twisting plot, fast pace and memorable detective. Plenty of shock value and a charismatic, if formulaic, male lead.
www.toddthiede.com

2. Describe your book Lies to Die for (Max Larkin) in 30 words or less.
Fast paced serial Killer
3. What was the hardest part of writing your book?
Background
4. What books have had the greatest influence on you?
There was one particular series of books that influenced me the most and it was titled U.S.S.A.  The United Secured States of America.  I read it in high school and it really is the series that got me reading.

5. Briefly share with us what you do to market your book?
I use facebook and twitter a lot.  I also use freado and many other websites to help market the book.

6. How do you spend your time when you are not writing?
I work a job that requires me to be there 60+ hours a week.  Outside of that and writing I am a father of 4.

7. What are you working on next?
I am working on the next book in the Max Larkin Detective Series, titled, "Miss Me?"