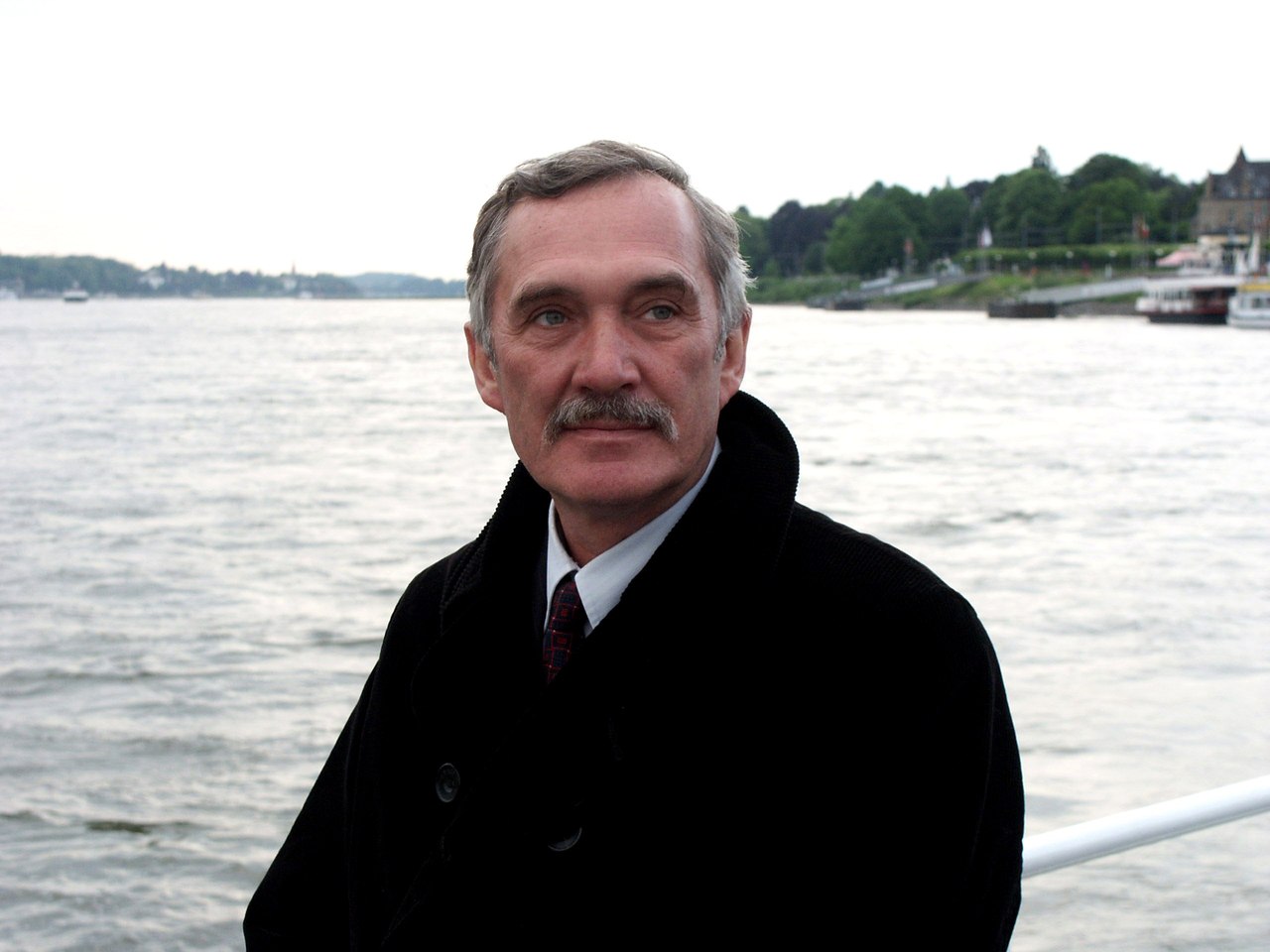 Vladimir Nikolaevich Megre (born 23 July, 1950 in Kuznichi village, Gorodnyansky District, Chernigov Region in Ukraine), the author of The Ringing Cedars of Russia book series, was a well-known entrepreneur. He spent most of his childhood with his grandmother Efrosinia Verkhusha, a village healer.
As a teenager Vladimir occasionally visited Father Feodorit, a priest of the Trinity-Sergiyev Monastery. Later he was shown there the picture «The One and Only» which he described in his second book before the picture was revealed to the world.

Vladimir started an independent life early and left the parents' house at the age of 16. Since 1974 he lived in Novosibirsk and worked as a photographer with Novosibirskoblfoto, a service company.

At the beginning of Perestroika (reforms of the late 1980s) he was the president of the Inter-Regional Association of Siberian Entrepreneurs. In 1994-5 he organized two large-scale trade expeditions with a fleet of river steamers along the River Ob along the route Novosibirsk -- Salekhard -- Novosibirsk at his own expense. On this trip, an encounter with Anastasia in the Siberian taiga changed his entire life.

It had been a secret for a long time for relatives and friends what made him, an entrepreneur with ten years experience, to pledge his property and spend his savings on unprofitable trading trips. The mystery was revealed in his books with Anastasia as the main character. Vladimir Megre brought something really invaluable from the trips.

In 2011 the author became Laureate of Gusi Peace Prize.

By now 11 millions copies of the books translated into 20 languages have been sold. In 1999 Megre established the Anastasia Foundation for Culture and Creative Support in the city of Vladimir and launched the site www.anastasia.ru. Readers' and press conferences take place in Russia and abroad.

The author holds readers' and press conferences in Russia and other countries.

The most active readers of Ringing Cedars of Russia book series unite into public organizations, one of the aims of which is the creation of Kin's domains. In 2010 another book "Anasta" was issued. The author plans to write a scenario on the basis of his books.

The author comments about himself and his books:

Good shall prevail on the earth!

- The parade of worldly rulers, no matter what grand temples they might have built, will be remembered only by the filth they have bequeathed to their descendants. Water will prove to be the criterion; the measure of all things. With each day that passes, the water seethes with more and more contamination.

The above words were pronounced by a character from my books: a recluse from the Siberian taiga, Anastasia.

My name is Vladimir Megre. I was born on the twenty-third of July, 1950, in a Ukrainian village. Then I studied, got married and worked in Siberia, but that isn't the main thing. The most important aspect of my life emerged after my meeting with Anastasia.

It was the beginning of perestroika in Russia, and I had just gone into business. I was a leader of the Entrepreneurs of Siberia Association. I used to sail with goods on a motor ship over the Siberian river Ob up toward the Arctic circle. I enjoyed wandering around the taiga by myself, while the ship was moored.

It was on an isolated bank of a taiga river that I one day met a recluse from the Siberian taiga. Her name was Anastasia, and she would soon transform my outlook on life.

I saw a woman standing on the bank alone and looking at the river. She was wearing an old quilted jacket, a long skirt and rubber galoshes of the kind worn by inhabitants of the Siberian backwoods. On her head was a scarf, tied in such a way that it covered most of her face. I approached her and asked if she knew where in the taiga I could find a ringing cedar which I had been told about by local old-timers, who claimed that its seed cones had healing powers.

The woman answered that she could show me the place but that we had to go deep into the taiga for it. I agreed.

We walked several kilometers and then sat down for some rest. I took cognac and sandwiches from my bag and welcomed the woman to have a snack with me. She said in response: 'You eat, Vladimir, and I'll bathe in the sun.' Saying this, she then took off her overclothes and before my eyes there appeared a young woman with long, golden hair and the most wonderful figure.

When we reached the glade where she lived, I didn't see any buildings, only a small cozy dug-out that brought to mind a bear's den. Even more surprising was the fact that Anastasia could communicate with wild animals inhabiting the area around her glade, almost as we do with our domestic animals. I say 'almost' because the wild animals would treat Anastasia with more tact than our domestic animals treat us. Her favorite she-wolf or she-bear never approached her without being invited, but upon her call they'd come running with joy.

She'd give a sign, and the squirrels would run swiftly up to her, placing cedar nuts and dried mushrooms at her feet.

I spent three days with Anastasia on the taiga glade in her habitation place. She turned out to be an interesting and very unusual person.

One could believe Anastasia remembered all her kin ancestors starting from the creation of the world and could speak about them in minute detail. Through her ancestors' knowledge she knew how civilizations of different kinds were born and died on our planet. She also told me about ancient parables and rites that were still relevant nowadays. Surprisingly, she knew our modern life as well, though not in detail, of course, but she gave interesting assessments. She said, for example:
'The technocratic course of development followed nowadays by humanity is a dead-end. This had already taken place in the history of the terrestrial civilization and led to the death of the majority of people inhabiting the planet.'

Having returned from the expedition, I couldn't continue being in business and decided to write a book about Anastasia's life and views. As for the business, I couldn't continue with it because I also began to doubt whether the generally accepted lifestyle of the modern people was right. A number of questions arose within me:

If the human community consists of rational beings, why does it pollute the water it drinks and the air it breathes?

Why have people chosen the way of life that leads them to consume mostly low-quality food?

Why does Anastasia and people like her only have to reach out their hands to get first-class food, while I and people like me have to work hard in order to get tinned goods?

Why, as we keep speaking of spirituality, culture and human values, are there constant wars in the world? Moreover, the combatants fight under flags intended to herald their 'understanding' of spirituality and universal values.

Is paradise possible on earth, or is it possible only beyond the illusory clouds? What does each person have to do in order to make his family's life more civilized and turn our planet into a blooming, heavenly oasis?

Ultimately, I became firmly convinced of this: each family has to take a hectare of land and turn it into a heavenly oasis, and call this plot of land their kin's domain.

It was this I started to write about in my books, where I recounted Anastasia's philosophical parables along with my own conclusions.

My first book was published in two thousand copies, but booksellers didn't want to exhibit it when they found that it was neither a detective yarn nor a love story. Besides, I was an unknown author at the time.

'Your book will only be occupying space on the shelf, and that space costs money.'

Then I went to one of the metro stations in Moscow and started selling the book myself. Once I had sold ten books, the sale question was settled.
Today the books in the 'Ringing Cedars of Russia' series have sold more than ten million copies.
All these years, since my first meeting with Anastasia, the recluse from the taiga, I have pondered the essence of being. I have tried to analyze life as it has been experienced by different peoples in various historical periods, so as to find out who was the happiest in the course of history known to us.

I wrote one book after another, sometimes without any hope of being understood. Actually, I didn't believe such an understanding was possible, but, as it turned out, I was wrong. At first I was criticized by the press for my statements, and I was subjected to ridicule. Nevertheless, I continued my writing.

Four years later my next book, 'Creation,' was published, in which Anastasia spoke about kin's domains that would help change people, lands and states. Many readers of my books started actually changing their ways of life. In Russia there started taking place events that, I believe, marked the beginning of the lifestyle evolution in the human community.
An amazing thing happened, too. People of different religions, nationalities and social status started uniting into groups. Today there are more than two hundred settlements consisting of kin's domains in Russia, all by the readers of my books from the 'Ringing Cedars of Russia' series.

I am deeply convinced that our planet has a great future. The whole planet will turn into a blooming, heavenly oasis. The water in our rivers, lakes and seas will be salutary and the air, instead of bearing the fumes of car exhaust, will be redolent with the fragrance of nourishing, healing ambrosia.

Our civilization will be the first in the entire history of the planet to unite the opposites: the technocratic world and the achievements of the divine creations. This is not a fantasy, it is the great future. We can sense it already, today.
Tens of thousands of Russian citizens have already begun to materialize it. They are doing so without support from governments and states. Millions are dreaming of it, and I am no longer alone as a believer. People are not creating this future on paper but through their work, right on the ground. I will be happy to welcome each and every person who joins the creation of the great future. Talks about spirituality are only empty words if they come to nothing. The great spirituality of a real person should be realized in the beautiful and the material. I am sure it is the way it's going to be.
We will all live in a beautiful land, having created the beauty through our thoughts and our very own hands.
If you want to be happy, be happy on the basis of your creation. I am happy to receive the Guzi Prize. It is going to be an extra impulse in creating a great future on this, our only earth. 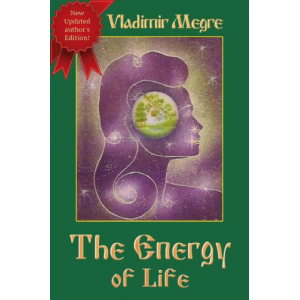 The Energy of Life (Ringing Cedars Of Russia) 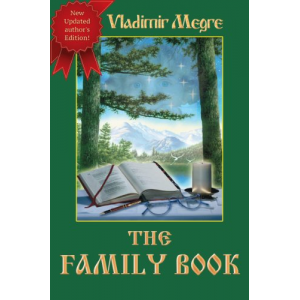 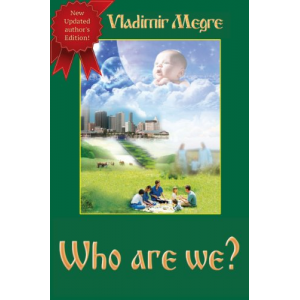 Who Are We? (Ringing Cedars Of Russia) 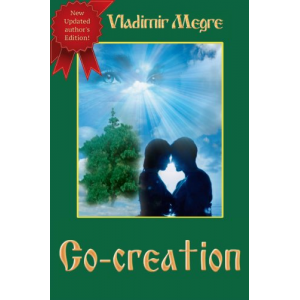 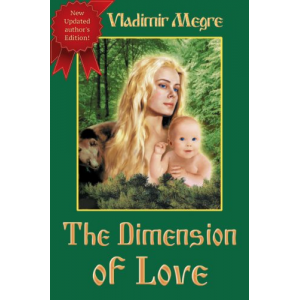 The Dimension of Love (Ringing Cedars Of Russia) 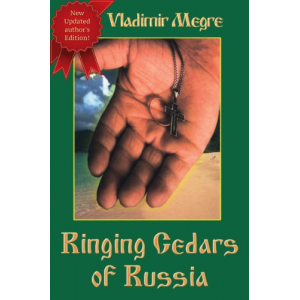 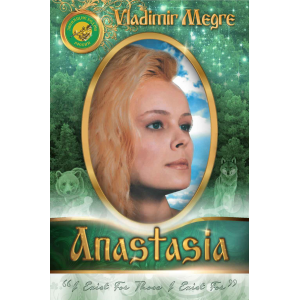