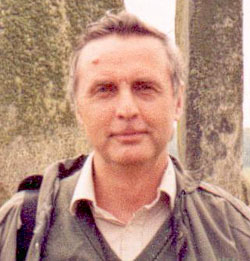 Vladimir V. Rubtsov, Ph.D., was born at 1948 in Kharkov, then the USSR (now independent Ukraine). He received his M.S. degree in computer science in 1972 and after that joined the laboratory of Dr. Alexey Zolotov in Kalinin (now Tver), where for three years studied the problem of the Tunguska explosion. Received his Ph.D. degree in the philosophy of science from the Institute of Philosophy of the Academy of Sciences of the USSR (Moscow, Russia), having defended in 1980 the doctoral thesis “Philosophical and Methodological Aspects of the Problem of Extraterrestrial Civilizations” (the first of its kind in the former USSR).

After returning to Kharkov, Vladimir continued his work on the Tunguska problem, closely collaborating with his Russian colleagues, in particular with Professor Nikolay Vasilyev, the leader of Tunguska studies in the former USSR and present-day Russia. These decades-long investigations made him realize the necessity to develop an objective model of the Tunguska event that would be built on strict empirical foundations. The Tunguska Mystery has appeared as a result of this aspiration.

Vladimir Rubtsov has been a speaker at several international academic conferences, including the Third International Symposium on Bioastronomy held at Val Cenis, France, in June 1990. Also, during several years he actively participated in annual Tsiolkovsky Readings in the Russian city of Kaluga, where leading academic and rocket scientists of the USSR discussed problems of the space exploration and the search for extraterrestrial intelligence. At the Centenary Tunguska Conference held in 2008 in Krasnoyarsk, Russia, Dr. Rubtsov read his paper “Methodology of scientific research programs and the problem of the Tunguska meteorite”. 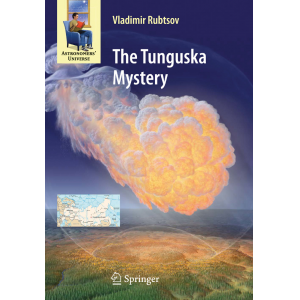