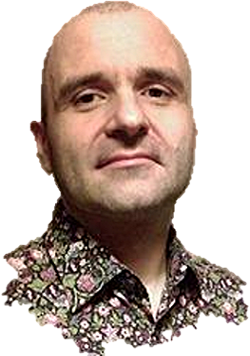 George is a London-based author with special interest in cognitive neuroscience, memory and emotions, behavior and self-control, psychological identities and Ego, and how to overcome chronic pain, chronic fatigue syndrome, trauma, depression, anxiety, post-traumatic stress disorder.
His books were born out of his personal experience with prolonged illness and disability, which left him unable to function for years. After accumulated extended periods of distressing or disturbing experiences, living in dissatisfaction and avoiding undigested emotional debris, he developed diseases that consumed him and made him impossible to keep up with the demands of life. At some point, when the reactions of his body already reached the point of a disability, he started to experience rapid muscular and cognitive fatigability. With any attempt at physical or mental effort, he had abnormal symptoms the day after, feeling horrible as if he was poisoned, and not having enough energy for any activity at least a few days.
Because he never knew what to do or look for his well-being, he ended up experiencing persistent and recurrent exhaustion, inflammation, flu-like symptoms, general malaise, extreme dizziness, muscle spasms, fibromyalgia, severe headaches or migraines, trigeminal neuralgia, non-restorative sleep, sensitivity to noise, light, odors, chemicals, and foods, intolerance of extremes of heat and cold, etc. Eventually, he got secondary psychological issues as depression, anxiety, and PTSD.
After having his share of negative reactions, impatience, insensitivity, lack of understanding in general as well as ignorance and dismissiveness from professionals, he has started to study and develop his own methods to overcome chronic pain and mental suffering. George wrote the books that, if he had read them a long time ago, would have prevented him from getting sick. He also thinks we are responsible for whatever needs healing in our lives, and it takes great courage to face ourselves. 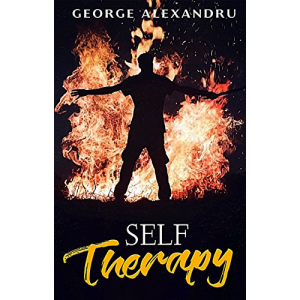 Self-Therapy: Free yourself from anxiety and depression, heal post-traumati...