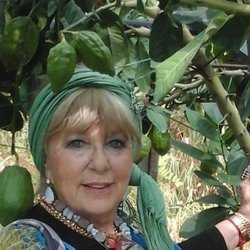 Miriam Jaskierowicz was born in post war Germany to parents who had survived the concentration camps. Her family immigrated to America in 1962. Miriam was educated in both the USA and in Europe. She has lived and taught in many parts of the world including Israel, Italy, Hungary, Switzerland, Ukraine, Poland, Romania, Russia, Slovenia, Mexico and South America.

Miriam's life has been a kaleidoscope of activities. In 1982, she founded Music Culture/Visions International Inc., a company that she led until 2008. During that time, she wrote, directed, hosted and produced various radio and television shows in the States and in Europe. She produced for international recording labels including for Olympia and Naxos, taking lost music from Russia and the Ukraine and presenting it to the world at large.

Miriam was the Executive Producer and Director of the feature film “Ten Tenors from Ten Countries” which was filmed in Recanati, Italy  and dedicated to the life and 100th birthday of Benjamino Gigli . She returned to the United States In 1995.
In 1999, Miriam Jaskierowicz Arman authored the International Best Seller on Vocal Technique The Voice; A Spiritual Approach to Singing, Speaking and Communicating.

In 2000 the CD, The First Lesson was released. In 2001/2003, the Second and Third Editions The Voice: The Revealed Version followed. The 4th and Definitive Edition of The Voice: What Ever Happened to Great Singing? was released to the International Market in July 2011.

Miriam's teaching career spans over 35 years. Her intimate involvement with vocal technique and vocal reconstruction began more than 40 years ago. She was the founder of The International Academy of Voice and Stage Inc., a Non-Profit organization which is dedicated to the advancement of Bel Canto and Giro Vocal Motion Technique. Her work in the field of Vocal Pedagogy has been featured on ABC World News Now, PBS and Comcast Television.
Her Fine Art career spans over 30 years, with prestigious exhibitions in the galleries and museums in many parts of the world. She has received a number of important grants and garnered worldwide recognition for her innovative works in holographic and three dimensional glass fusions.

Her book Soul Reflections, A Personal Odyssey in Poetry and Paintings and the matching CD, with original composed music by cellist Mme. Johanne Perron, were released in 2003. In 2007 her book “Coming Home” outlines her arrival and life in the Lubavitch Community of Crown Heights, New York and features her speeches in the political arena as well as illuminates a deep recognition and salutation of her spiritual values.

In 2008 Miriam moved to South America (Uruguay) where in 2009  her innovative work: "AUTISM: A PLAUSIBLE CAUSE, A FEASIBLE CURE - AN ALTERNATIVE VIEWPOINT" was produced and published. Her articles and poetry have been published in many national and international publications.

From 2010-12 Miriam taught at the 'Beit Sefer Hamerkazi shel Chazzanut'/ Central School for Cantorial Music in Ramat Gan. She moved to Tzfat where she founded the 'International Institute for Voice Development LTD, Israel. The 4the Voice book "The Voice: A Spiritual Approach to Singing, Speaking and Communicating - The Kabbalah of the Voice" was published in 2012.

"The Master Class" a 41/2 historical documentary video of her teaching is now available in English and in Hebrew on Amazon.com

Her new book "Revealed: The Secret Codes of the Voice in the Zohar" was published in Sept. 2015 and is now available along with her other books, videos and CD's on Amazon.com. On You Tube you will find an extensive video liberary of her work on the MJAMJA channel.

She also has a weekly radio show on BLOGTALKRADIO  http://www.blogtalkradio.com/voicewithmiriam

She dedicates herself in total to the Institute with full time teaching at home and abroad, lecturing and writing as well as persuing her artistic ventures.

Ms. Arman is available for Master Classes and lectures internationally. 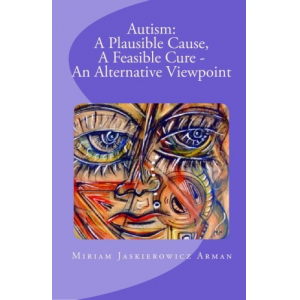 Autism: A Plausible Cause, A Feasible Cure - An Alternative Viewpoint... 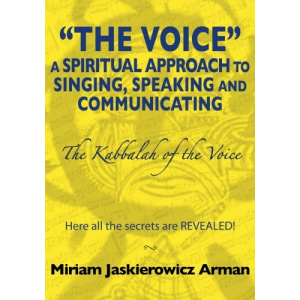 The Voice: a Spiritual Approach to Singing, Speaking and Communicating - Th... 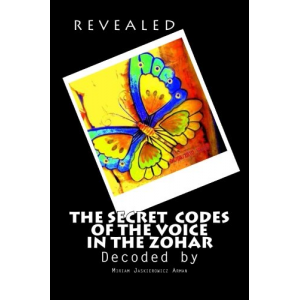 REVEALED! "The Secret Codes of the Voice in the Zohar"