Born in October, 1964, Dave Bricker is professor of graphic design at an Arts University in Miami, Florida where he lives with his wife and daughter. In his design studio founded in 1995, he produces rich, experiential websites that are “a little different,” and provides marketing consultation to clients with vision, integrity and excellent offerings.

An avid guitar player with a minor in jazz guitar, he has worked with some of the World’s premier instrument makers, and through these associations, has had the unique opportunity to develop instruments that combine his loves of design and music.

A fan of adventure and travel, he began living aboard cruising sailboats at the age of 18, spent several years solo cruising in the Bahamas during the late 1980s, and crossed the Atlantic on a wooden yawl in 1991. During these voyages, he encountered some of the unusual people, places and circumstances that color his stories.

Bricker writes, produces and designs his own books and publishes them through his own Essential Absurdities Press. He has expanded EAP’s offerings to assist other independent writers.

Current projects include “Waves,” a continuation of the story of the protagonist from his first novel, “The Dance,” who sails from Florida to the Caribbean on a cruising trimaran, a memoir of his own sailing experiences and an electronic book conceived to painlessly teach left-brain programming skills to right-brained artists.

Read an author interview at sellingBooks.com 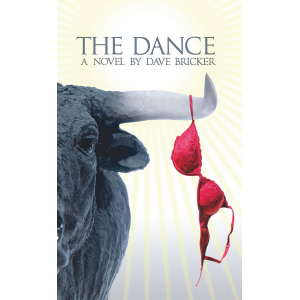 The Dance: A Novel by Dave Bricker