Preetham Grandhi, an India-born immigrant, explores his life parallels in a new kind of psychological thriller and debut novel, A Circle of Souls. Born and raised in the city of Bangalore, India, Preetham mirrored the struggles of upper-middle class lives, acculturation, and psychological trauma through the characters of this well-sculpted thriller. Preetham’s childhood determination for success and change leads to a new life in the USA. His hope is that the land of opportunity would close old doors and open new beginnings. In a twist of fate, he found himself working with children and their families in the inner city Bronx, families who had even more complex issues than his own. Through their eyes and life experiences, he was motivated to become someone he never thought he would become, an author.

After investing five years in writing, he then encountered the struggle of becoming a traditionally published author. Now in June 2009, in the midst of economic crises and nationwide corporation mismanagement, comes A Circle of Souls, a tale of hope, justice, and accountability. This spirit-lifting and thought-provoking story has received rave reviews. 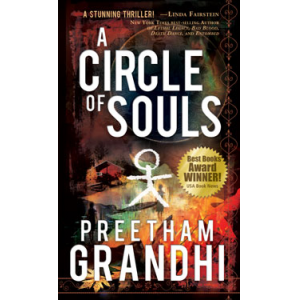 A Circle of Souls