Born during the 20th Century’s Great Depression, R. M. Gibson spent his early years in rural, north central Indiana.  After a diverse and interesting career including, amongst other things, serving on a minesweeper during the Korean conflict, working for the company that built the Apollo spacecraft, and later having key roles with New York companies, he settled in Europe and now lives in Luxembourg with his educator wife. His hobbies are as varied as his career path has been and include classical music, travel, gardening, photography and more.

As well as writing for himself, Mr. Gibson has taken the rough draft of a dear departed friend and skillfully turned it into a collection of vignettes about a New York saloon which encompass humour, seriousness, and at times, sadness.  With its colourful array of characters weaving in and out, it’s a book suitable for all readers. 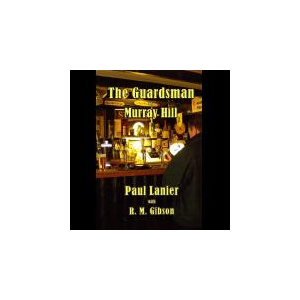 The Guardsman of Murray Hill