I was born in Hempstead, New York in 1967 and am the youngest boy of six children.  I continued my early years in New York until the age of fourteen, when my mother agreed to allow me to move to Brandon, Mississippi with relatives for the remaining part of my education.  To be clear, this was at the request of myself and due strictly to the strong family ties that I had to Brandon, Mississippi. Not in any way to discount my mother or my relationship with her, and to date she continues to be a strong influence in my life.

In Brandon, Mississippi I attended Pearl Junior High, later transferring to Piney Wood Country Life School, a private school (People of Color) in Mississippi.  After much begging to my mother to be transferred to a public school, my mother agreed to send me to Brandon High School.  At this point in my life the major events include meeting my former-wife and current best friend (Sharon Harvey), and my basketball career.  Coach Matthew Evans has been and continues to be a positive influence in my life.  I stayed with several different family members during this time, and my mother would send me packages.

Shortly after High School, I enrolled in U.S. Navy and married my high school sweet heart, Sharon.  My first duty station was on the USS Implicit “MSO 455” in Tacoma Washington.  It also happens to be the same place that I had my first introduction to crack cocaine, which ended up being a major negative influence in my life as time went by.  This is also the first place that I had a major loss to the drug cocaine and a close glimpse with death in a car accident due to the drug.  From Tacoma Washington I then served in the Gulf war and re-enlisted there, serving a total of two tours.  After the Gulf, I was stationed in Memphis TN, where I again began to see more clearly the losses I was having due to drug addiction, when I was sent to the ‘brig’ for 60 days in Memphis and another 30 days in Charleston, SC.  I was discharged from the military with a “Bad Conduct Discharge”.  So, basically after 7 years of service, my naval career ended because of a crack addiction.  My wife had left me several times at this point in my life.

After I was discharged from the military I moved back to Brandon Mississippi and my wife and I attempted to work out our marriage, and raising our children.  I was working at Denny’s and quickly worked my way up to a management position.  Through several bumps and bruises, my marriage, AND my addiction were not working out together. After another separation I  Eventually  got into my car and just  drove away.  I ended up in Spokane Washington, were my sister Jean lived.

In Spokane I found a job with Shari’s, was living with my sister Jean, and wishing for my family back in Mississippi.  Bottom line, I had burned too many bridges to go back.  I met Kaari at my place of employment.  After a while, I ended up back in Mississippi, trying to work things out with Sharon.  Due to several different reasons, (addiction, her pain) we didn’t work out.  Kaari came to Mississippi to visit and she ended up pregnant. So BACK to Spokane I went.  In all honestly, this pattern of Spokane, Washington to Brandon, Mississippi and back to Spokane continued on for several years.

I attended truck driving school and began driving cross country, which was continent for my family situation because I had four children in Brandon with Sharon and one with Kaari in Spokane.  And at least this way I was able to see them regularly.  Just so happens that it was during this period of time that I met and ended up having a child with Shawn Goss (Aiden) in Reno, NV.

I came close to death two more times while driving truck, in fact I was convinced that I would die in a dirty hotel in Laredo, Texas/Mexico alone and unfound.  Bottom line is even during this period of time I was still convince that I didn’t have a drug addiction.

I ended up in Spokane, with some more trials and tribulations.  I also wrote a book “Crack, Love, N Pain” (which I wrote over a ten year spam, while in my addiction).  The ugly truth behind what you know is right, and the decisions that you make anyway when you’re addicted. 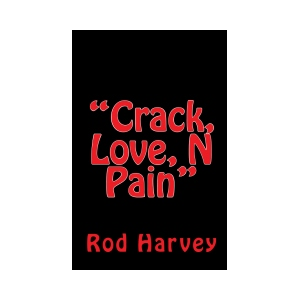