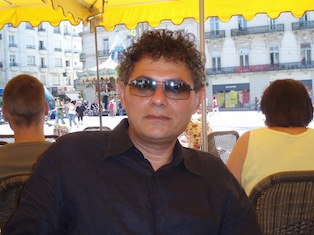 The middle of five children, Sabri Bebawi was born in 1956 in the town of Fayoum, Egypt, where he attended Law School at Cairo University.  He, then, left Egypt for the United Kingdom.  He was invited by Oxford University, where he spent some time and never returned to Egypt. A few years later, after living and working in England, Italy, France, and Cyprus, he took refuge in the country he loved the most, the United States.

In California, the United States, he studied Communications at CSUF, then, obtained a Masters Degree in English Education. Later, he worked at many colleges and universities teaching English as a second Language, Freshman English, Journalism and Educational Technology.  He studied for more graduate work at UCLA and obtained a PhD degree in Education and Distance Learning from Capella University.

Although English is his third language, he has published many works on eclectic topics.  It has always been his ambition to write novels.  This is his first attempt.  That English is a foreign language to him, the task of writing a novel has been preoccupying and challenging.

As a child, Sabri Bebawi struggled to make sense of religions and their contradictions.  He grew up terrified of the word God.  As he grew older, and studied law, as well as all the holy books, he developed a more pragmatic and sensible stance; the word became just that –a word. 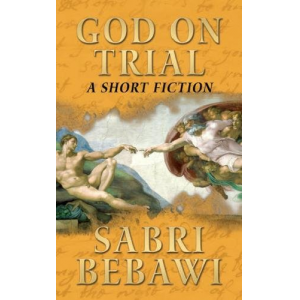 God on Trial: A Short Fiction

1. Could you tell us a little bit about yourself?
My name is Dr. Sabri Bebawi. I have been a college teacher for almost 30 years and I have taught at many colleges and universities. My educational background includes Law, Journalism, English Education and Instructional Technology.  My Ph.D. specialization is in education and instructional technology.
Before I started teaching, I had worked as a journalist in Europe and in the United States.  As for my law education, I was never interested in practicing law despite that my father is a lawyer; so, I never took the Bar exam. Instead, have been teaching and I am enjoying it immensely.  Currently, I am a tenure professor at San Jose City College; I teach English, ESL, Critical Thinking, Journalism, and Instructional Technology.
I love to read, write, travel and play the piano.
French literature and Russian literature are my favorite. My published work is quite eclectic; I have written on many issues and topics. Please visit http://www.sabri.org
My favorite quote is one by the great Mark Twain (1835-1910).  He wrote:
“I have never let my schooling interferes with my education.”

2. Describe your book ‘God on Trial: A Short Fiction’ in 30 words or less.
Convinced that God is a negative force tormenting the helpless human race, an ailing English professor becomes determined to put God on trial, but when he was diagnosed with schizophrenia, he soon succumbs to the damning madness and brutally stabs and kills his wife. And in the deadly manhunt that ensues, he is ultimately shot dead by the police prompting his grieving sister to follow through with his life’s mission – to bring God to Justice – God is finally brought to justice.

3. What was the hardest part of writing your book?
Being as non-emotional and pragmatic as I could possibly can. Being as accurate in the information the protagonist compiles titled ‘The Indictment of God” - Throughout the creative process, I had to be aware all the time not to stray to my own beliefs and ideas.

4. What books have had the greatest influence on you?
I have been influenced by many writers, inter nation and American; however, perhaps Power of the Myth by the great Joseph Kimble has left a great impact on me.

5. Briefly share with us what you do to market your book?
Marketing is a difficult task.  I use Face Book, Twitter, BookBuzzr and sending copies to reviewers throughout the United States.

6. How do you spend your time when you are not writing?
Either reading or watching foreign independent films.  Sometimes I play the piano; it is a form of therapy of me.

7. What are you working on next?
I have written many textbooks and I think it is time to write another one.  However, I am considering writing another novel in which I wish to be able to expose the ills of the world and the corruption of governments.