“I need to figure out how to stand on the clouds so I can reach the stars”... Sa’Rese

If the eyes are the windows to the soul then Sa’Rese’s eyes are more like mirrors reflecting a mixture of pain, joy, and hope. Born on June 18, 1982 in Nuremberg Germany Sa’Rese grew up an army brat. Spending most of her adolescence overseas she soon settled on the West Coast until she was forced to move to Cleveland Ohio where she was introduced to the cold, cruel winters of the Mid West.

A graduate of South High school, Sa’Rese then went to Clark Atlanta University where she studied psychology her freshman year before transferring to The Ohio State University to take up Fashion Merchandising.

“Writing has always been more of an outlet for me. I’ve always had a very vivid imagination; my pen just allows me to escape to a place only I can go to. I decided to take a chance and write a book to allow my readers to be engulfed in my stories, in my characters. I plan to be in the world of urban fiction for a long time. This isn’t some fluke, I’m not about to put out one book and go away. I’m coming for the top spot and I’m kinda nice with a pen.” 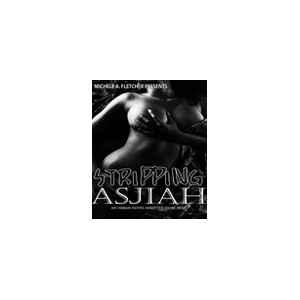