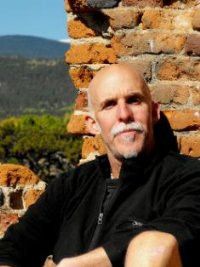 Best-selling and award-winning author and journalist Steve Jackson lives and works in the mountains of Colorado. Born in Bethesda Naval Hospital in 1955, he grew up in Hawaii and Colorado. He graduated in 1979 from Colorado State University with a BA in Journalism.

A newspaper journalist for 25 years, he worked in locales as varied as Montana, Hawaii, Guam, Micronesia, Indonesia, Indiana, Washington D.C., Florida, Oregon and Colorado. During his career with newspapers, he received numerous national and regional awards for feature writing and investigative reporting.

As of August 2014, he has written nine non-fiction books in true crime, history and biography genres. His first non-fiction book, Monster, a true crime, was published in October 1998 and within two weeks became a NYTimes bestseller. In 2003, his World War II dramatic narrative, Lucky Lady, received The Colorado Book Award, best biography/history, from the Colorado Center for the Book; Lucky Lady was also the runner-up that year for the Admiral Samuel Morrison Naval History Award.

Just released on August 5, 2014 is his latest true crime, BOGEYMAN, the story of the manhunt for one of America's worst child serial killers and the tenacious Texas lawmen who brought him to justice.

Jackson was actually accosted by a gunman in Golden, Colorado - a real-life example of Life Imitates Art.

In June 2013, Jackson joined a forensic investigative team searching for the remains of the Grand Duke Mikhail Romanov in Perm, Russia as part of his research for an upcoming dramatic history FINDING ANASTASIA. The team will be returning to Russia in June 2014 to resume the search.

Outside of writing, his interests include backpacking, fly fishing, skiing, guitar, reading, softball, music, wine, beer and spending time with his family and friends. 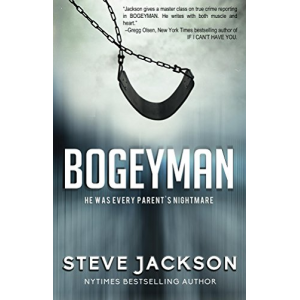 Bogeyman: He Was Every Parent's Nightmare