Tracy’s story telling career began when she picked up a copy of LaVyrle Spencer’s Vows on a college beach trip. A journalism degree and a thousand romance novels later, she decided to try her hand at writing a southern version of the perfect love story. With a great deal of luck and more than a bit of perseverance, she sold her first novel to Kensington Publishing.

When not writing sensual stories featuring complex characters and lush settings, Tracy can be found reading romance, snowboarding, watching college football and figuring out how she can get to 100 countries before she kicks (which is a more difficult endeavor than it used to be with her four-year-old son in tow). She lives in Charlotte, NC, but after spending a few years in “the city”, considers herself a New Yorker at heart.

Tracy has been awarded the National Reader’s Choice, the Write Touch and the Beacon – with finalist nominations in the HOLT Medallion, Heart of Romance, Rising Stars and Reader’s Choice. Her books have been translated into German, Dutch, Portuguese and Spanish. She loves hearing from readers about why she tends to pit her hero and heroine against each other and that great novel she simply must order in five seconds on her Kindle. 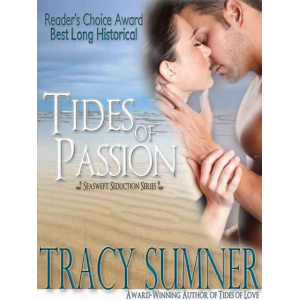