Aray Brown is a new independent author/poet.  Her first book “Expressions OF Me” was officially released on October 2013.

Ever since she was little she always wanted to be a writer.  She began writing at an early age, her short stories consisted of cartoon characters such as She-Ra and He-Man.  Later on she decided to delve into something more real and personal.  Despite the trials and tribulations she endured in her life, she wrote her first novel "Love Don't Live Here Anymore", a tell all book centered around the life and times she spent with her grandmother while her mother was in prison. It was never published.  She then went on writing more unpublished novels, honing her craft so to speak.  She didn’t dabble into poetry until later.  It all started with a pen and paper then escalated to her very own YouTube channel (1,551 views and counting). Then finally self publishing her first poetry book.  If it wasn’t for a certain r&b artist she wouldn’t have the courage to showcase her poetry.  She always wanted to do it but she hated her voice at that time.  After watching his videos off and on, she figured if he can do it then so can she.  After that, a star was born.  Writing has always been her passion and will continue to be, until her last breath.  She is currently working on her second book, her first novel,  entitled, Blood Is Thicker Than Water. 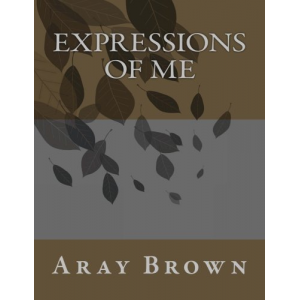