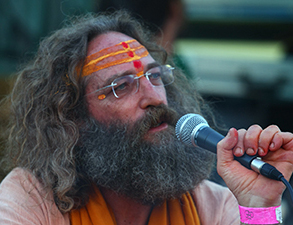 Baba Rampuri is an author, yogi, and a teacher, the first foreigner to be initiated into the ancient society of yogis and shamans known as the Naga Babas  and “Renunciates of the Ten Names” or Sannyasis.  He established his Mystery School, known as Hari Puri Ashram, in Hardwar, North India in 1984, where he continues the oral tradition of his lineage.  In 2004, Baba was admitted to the Council of Elders of Datt Akhara in Ujjain, India.  In 2010, Baba was given a seat in the ruling council of Juna Akhara, which includes 200,000 Naga Babas as members, and given the title of “Shri Mahant.”

Baba was born in Chicago and grew up in Beverly Hills, California.  In 1969 he travelled to India where he has been ever since.  Baba gives teachings, talks, retreats, and initiations in India and internationally.  His book, “Autobiography of a Sadhu – a Journey into Mystic India,” has now been translated into German, Russian, and Serbian. 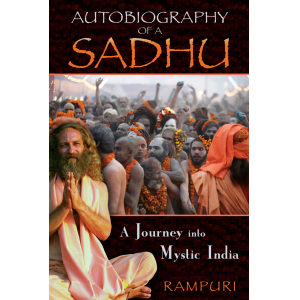 AUTOBIOGRAPHY OF A SADHU, a Journey into Mystic India