Brooke London was born in Edmonton, Alberta, Canada and grew up in the hamlet of Sherwood Park, a suburb of Edmonton. She finished high school and then went on to university to earn a Bachelor of Commerce degree.

Ten days after her last exam at university, she took off for a three month tour of Australia and New Zealand. A year-and-a-half later, after adding Singapore, Malaysia, Thailand, India and Britain to the itinerary, she returned to snowy Edmonton. Deciding that she wanted a change of location, she flipped a coin to decide whether to live in Vancouver, British Columbia or in Toronto, Ontario. Toronto won (or lost depending upon how one looks at it).

Anyway, after working at stockbrokerages for three years, she went back to school to learn how to program computers. She worked for over a decade in Information Technology and is very happy to be writing full-time now.

Brooke has completed one romantic suspense novel, Pitch Dark, which is to be published by Cerridwen Press on March 19, 2009. She is busy working on her second and third novels now. She is a member of the Romance Writers of America and the Toronto Romance Writers. 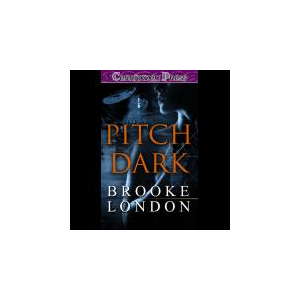