Burl Barer is an Edgar Award winning author of fiction and non-fiction, and is best known for THE SAINT, CAPTURE THE SAINT, and many best selling True Crime classics.

Regarded as one of America’s premier investigative journalists, his true crime books such as BODY COUNT, HEAD SHOT, MOM SAID KILL, BROKEN DOLL, FATAL BEAUTY, MURDER ON 9/11, MANLING WILLIAMS’ DEADLY SINS, and MURDER IN THE FAMILY are required reading in many criminology classes and among true crime fans. On September 18, he will initiate his association with WildBlue Press by publishing the 20th Anniversary edition of MAN OVERBOARD: The Counterfeit Resurrection of Phil Champagne. Replete with the dark humor Barer is known for as well as his journalistic skills, this WildBlue Press edition has been updated and revised to reflect the past twenty years since the book first came out.

This Just In!
Barer’s friend Darrell Elmer Rodgers just wrote a ballad for the 20th Anniversary of Man Overboard! Follow this page and WildBlue with the icons at the top of the page to keep up.

In 2014, Barer completed the important historical work, LOVE AT THE COST OF LIFE, an oral history of the persecution of Iran’s Baha’i religious minority following the 1979 Iranian Revolution.

Barer was born in Walla Walla, Washington on August 8, 1947. He says he’s been writing since he first “scratched pictographs on the cave wall.” In 1994, Barer received an Edgar Award for his book The Saint. The Saint: A Complete History in Print, Television, and Film was first published in 1992 and republished in 2003. Research on a second edition expanded over the time period of 1992 to 2013 to include everything about the character of Simon Templar. He has written two novels about the character, each published in 1997. One titled The Saint, the other titled Capture the Saint. Barer also worked with Producer William J. MacDonald to create a two-hour screenplay, The Saint in New Orleans, as a pilot episode for a new Saint TV series that was set to begin filming in 2011. After several delays, the production was shut down. The screenplay was then cut down to an hour by another screenwriter. In 2013 Adam Rayner, who played Simon Templar, was chosen as the new lead actor.

Writing is just one of Barer’s many successes. In the 1980’s, Barer and Kenneth H. Thompson established Barer Cable Advertising, Inc., a cable television advertising interconnect in Eastern Washington. In 2012, Barer and Don Woldman reunited as contributors to various true crime-related specials and discussions on Hart D. Fisher’s American Horrors channel, featured as part of the basic tier of channels offered on filmon.com.

In 2007, Barer became a regular participant on the long-running Internet radio program Outlaw Radio hosted by Matt Alan. In March 2008, Barer teamed with Woldman for their own show, with a focus on crime. True Crimes won the 2009 In Cold Blog Detective Award for Best True Crime Radio Program. The show was renamed “True Crime Uncensored” in 2010. In May 2011, Howard Lapides, executive producer of Celebrity Rehab, joined the show as co-host when Woldman went on hiatus. Many true crime authors, including WBP’s author members, have appeared on True Crime Uncensored and can be heard by accessing the show’s archives.

Barer has also appeared on Investigation Discovery television shows, including Deadly Women (2011), Snapped (2011), Scorned: Love Kills (2012), Deadly Sings (2013), and Behind Mansion Walls (2013). Also in 2013, Barer served as a consultant to the television pilot series, “The Saint,” starring Adam Rayner as Simon Templar.Barer and his dog, Isis, were also featured in two episodes of the series Dog Whisperer with Cesar Milan. 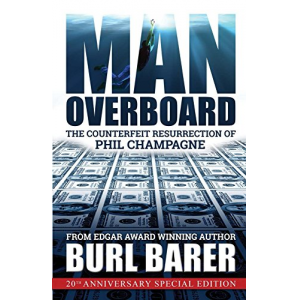