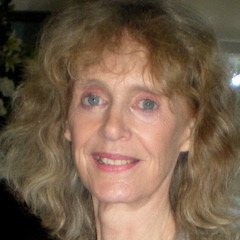 I was born to be three things - a writer, a traveller and a mother, not necessarily in that order.I have travelled all over the world, 80 countries by my last count, and I have written about almost every country I have visited.My heroine growing up was the adventurer, writer, diplomat and Arabist, Gertrude Bell. I wanted to be her - or an incarnation of her. My preference of S.E.Asia over Arabia made my wish not so easily fulfilled. But, like her, I have been as "comfortable sitting in a Palace with kings as I have been squatting with nomads in a tent in the desert." Or, in my case, squatting with indigenous tribes from as far afield as the mountain ranges of S.E. Asia to those of the Costa Rican reservations.

From 1992-1995 I worked in Bosnia and Croatia during the war. My mother was from Dubrovnik and, when I saw bombs being dropped on that beautiful city, I decided I must do something to help. With a couple of friends we started a small charity bringing medical and surgical supplies to hospitals, refugee camps and orphanages along the Dalmatian coast. We set up a "Children's Village" for families from all sides of the conflict to live together in peace at Makarska, between Rijeka and Split. After the Balkan War was over I worked for the Leonard Cheshire Foundation and the Leonard Cheshire Chair for Conflict Recovery helping set up medical and surgical programmes for refugees and IDPs in the refugee camps of southern Azerbaijan. Some of my stories about this work can be found on my blogsite: http://www.anywhereiwander.wordpress.com

My three children, Elisar, Mayumi and Jasmine are my greatest achievements in my life. They have put up with my single motherhood, my research and writing schedules and my itinerant life. They have joined me in many of my travels and it has been wonderful to see the world through their young eyes.Now I have two grandchildren who are the most precious little things and my life, family-wise, is complete. 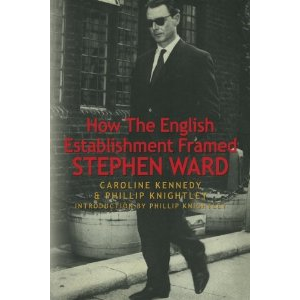 1. Could you tell us a little bit about yourself?
I am a born writer and wanderer. Even from an early age I was determined to see the world, learn about other peoples and familiarize myself with other customs. My inspiration came from the intrepid early travellers of the 17th, 18th and 19th centuries. Accounts of often perilous voyages over the high seas, or on foot across the Silk Road, astride a donkey over the Himalayas or by boat through the Spice Islands, became my bibles. My heroine was the writer, adventurer and diplomat, Gertrude Bell, the "Queen of the  Desert". Like her I knew I "would feel as comfortable sitting in a palace with kings" as I would be "squatting with nomads in a tent in the desert." And my signature tune was Dion's "The Wanderer."

2. Describe your book ‘How The English Establishment Framed  STEPHEN WARD’ in 30 words or less.
This is a powerful story of sexual compulsion, political malice, police corruption and judicial abuse of power - A major expose of a government cover-up in which only one man left the stage with dignity.

3. What was the hardest part of writing your book?
The hardest part was putting all the disparate threads of my research into a coherent, chronological and cohesive narrative. Also, doing justice to all those people who, after decades of silence, were brave enough to open up to me, trust me and tell me their stories.
4. What books have had the greatest influence on you?
The books of Freya Stark, Francis Younghusband, Margaret Meade and, more recently, Nathaniel Philbrick, Rohan Mistry and Khalid Hosseini

5. Briefly share with us what you do to market your book?
I have had crash course on how to use the social networks though I still find them extremely challenging. Fortunately, I have had the enormous benefit of Andrew Lloyd-Weber's musical, "Stephen Ward" and all it's accompanying publicity to help with sales of the book. People who are planning to see, or have already seen, the musical are, it seems, eager to learn more about Stephen Ward and turn to this book on which the musical was based. On top of that I have been encouraging all those who have read it and enjoyed it to write reviews on Amazon and Good Reads. I have arranged book tours and had a trailer made.

6. How do you spend your time when you are not writing?
These days I spend much of my time travelling between Costa Rica, Los Angeles, the UK and Newfoundland. I spent the last ten years involved in the English Language theatre in Costa Rica, directing and acting. Prior to that I was working as a humanitarian aid worker during the war in Bosnia and Coatia and then organizing medical and surgical programmes for refugees with disabilities in Azerbaijan.

7. What are you working on next?
I am currently working on a screenplay about Stephen Ward. Having written two books about him and spent about five years of my life trying to prove he was innocent of all charges, I am also supporting the case to have his conviction referred to the Court of Criminal Appeal and, hopefully, overturned.