C.A. Milson is an Australian Author of both Fiction & Non-Fiction books, Screenwriter and Indie Film Director.

From a teenager he started to read the workings of master horror writer H.P.Lovecraft and found a love for horror writing himself. He didn’t start to develop that love for writing until 1989, when he was living in Winchelsea, Victoria, when he wrote 26 short stories. In 1994 he took one of those short stories and turned it into a two-part novel. In 2007 he landed his first book deal with an American publisher.

In 2010, the full version of The Chosen was re-released as Rise of The Darkness in Paperback and several digital formats. Rise Of The Darkness includes characters and scenes that were previously cut from the first release.

C.A.Milson has been the topic in many magazine articles, such as in Monitor Magazine, SchoolEnglish, and has given lecturers to students on writing and business people on marketing.

Most Recently Milson has started a new venture in the world of movies, with directing 2 movies in 2011. 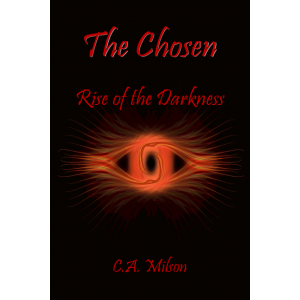 Rise Of The Darkness