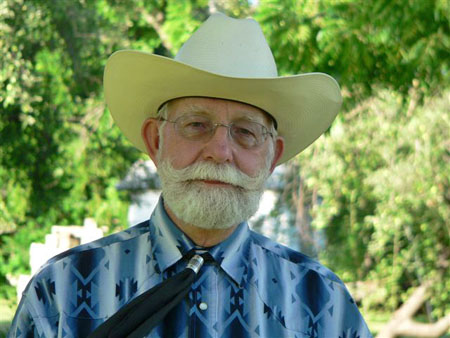 Clinton (Clint) Swick is a self-taught poet, spinning stories in rhyme. Born near Clarksburg, West Virginia, he learned early about the importance of hard work and self-reliance, about the affection of dogs and horses and people, and what the fields and streams and hills can tell us if we take time to listen. As a child he played cowboy with his brothers, read books about the Old West, and listened to radio dramas like Gunsmoke, Roy Rogers, Gene Autry, Red Ryder, and similar programs.

After stints in the Marine Corps and the U. S. Army, he went to Kansas where friends were working. There, he found a wife, and a career in aircraft manufacturing, and raised two boys. He retired in the countryside east of Wichita after many years as an inspector for LearJet/Bombardier. One day, he wrote a poem and discovered a natural talent for storytelling and painting word-pictures. The poems kept coming. Just Me Telling It My Way, is a collection of those rhymed stories, some of them dramatic, some humorous, some a mixture of both.

Clinton and his wife are members of the Western Music Association and attend Chuckwagon Supper Club get-togethers when possible. 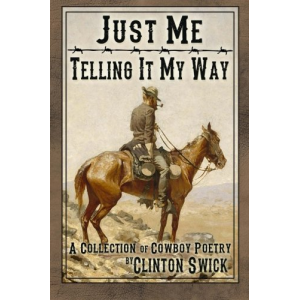 Just Me Telling It My Way: A Collection of Cowboy Poetry