Cole McCade is a New Orleans-born Southern boy without the Southern accent, currently residing somewhere in the metropolitan wilds of the American Midwest. He spends his days as a suit-and-tie corporate consultant, and his nights writing romance novels in between fending off Tybalt, his geriatric cat. And while he spends more time than is healthy hiding in his writing cave instead of hanging around social media, you can generally find him in these usual haunts:

You can also get early access to cover reveals, blurbs, contests, and other exclusives by joining the McCade's Marauders street team at:
* www.facebook.com/groups/mccadesmarauders/ 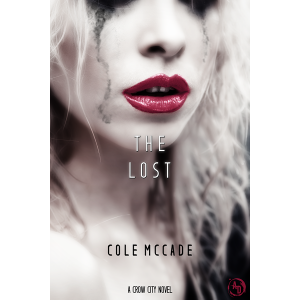 The Lost: A Crow City Novel