As a youth, my main ambition was to find success as a musician. I’ve been playing the guitar since I was six, and, in my teens and twenties, played in and wrote songs for a number of bands in and around Glasgow, with varying degrees of failure.

As I grew older, and every inch lost to my hairline resulted in two being added to my waistline, I came to realise that rock godhood was no longer a viable option, but it has always stuck with me how much I enjoyed the writing process.

At the same time as seeking out failure and misery in the music world I have had a couple of other careers. Upon dropping out of university for a record third time (my mother is so proud), I got my first pub job. For five or six years I spent pretty much all of my waking hours pulling, and drinking, pints in several of Glasgow’s finest licensed premises. Pub work can be a great life, as long as you don’t mind the terrible wages and complete lack of career prospects, but eventually I found myself inexplicably hankering after something a bit more fulfilling.

Through a casual acquaintance I was introduced to the world of social care, more specifically that of supporting adults with learning disabilities and/or mental health problems. I spent the next eight years working in this field, starting as a voluntary music tutor and rising to the dizzying heights of senior management with a large voluntary organisation operating in the West of Scotland. Eventually, however,

constant battles with social workers about funding, and support staff about the importance of turning up for a shift, started to get to me.

Eight years ago I handed in my notice and went back to pulling pints, at least initially. I’d managed, through blatant nepotism (my sister was the manager), to get a job in a posh Glasgow hotel. For the first year or so I happily reacquainted myself with Glasgow’s drinking culture, but it didn’t take them long to notice I was relatively good with unimportant things like words and numbers, and I found myself charged with thankless tasks such as accounts, payrolls and answering complaint letters. This was not fun, believe me.

I soon tired of all that and, in 2006, returned to social care. Nepotism played its part once again, when a former manager called me with a job offer. The hours are awful and the money’s rubbish, but apart from that I’m quite enjoying it.

Anyway, back to writing. I had a couple of false starts. I wrote some brilliant opening chapters, establishing characters, locations and relationships. The problem was that I could never get past that first chapter. It soon became apparent that plot, of all things, was something of a prerequisite.

This threw me for a while.

And then I had an idea. What would happen if a failed musician (okay yes, me) became depressed (don’t ask) and killed himself, then got famous? That could be a plot.

From that initial idea I sketched out a plot revolving around the friends and family of the musician in question, and found I was able to explore a diverse set of themes including social care, music, familial relationships, friendship and mental health issues, hopefully with a decent dose of humour and sensitivity.

Will You Love Me Tomorrow is the end result of many subsequent months of toil and frustration, and was selected as the Scottish Region winner of the Undiscovered Authors 2007 competition. The book was published by Discovered Authors in October 2008.

Since completing the book I have written a number of short stories, something I hadn’t attempted before. I’ve found this an excellent way to practice and polish my writing, as well as an opportunity to experiment with style, tense, point of view etc. One of my short stories is due for publication in a future edition of Chapman magazine and another has recently been accepted by Bridge House Publishing.  Another appears in an anthology produced by the Arts Council funded writers’ site YouWriteOn.com, and a fourth is  due to appear later this year in Short Fuses, and anthology produced and published by the Bookshed, an online writing and publishing community.

I have now completed my second novel, Scratch. It tells the tale of Jim Cooper, a Glaswegian thirty-something office worker who decides to leave his job, sell his flat, pay off his debts and start his adult life again from scratch.

Maybe this time he can do it properly and get (or, rather, keep) the girl.

The fact that the girl is happily married and lives in another country, and her Bruce Lee obsessed father seems to want to be Jim’s new best friend are only the beginning of his troubles.

Scratch is an un-sanitised, emotionally honest and hilariously candid story about what it is to grow up as opposed to simply change age, as told by a man who doesn’t know what any of those words mean. 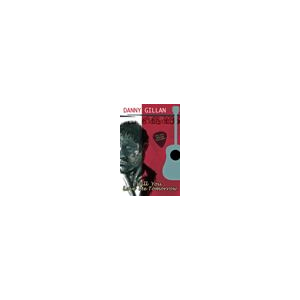 Will You Love me Tomorrow