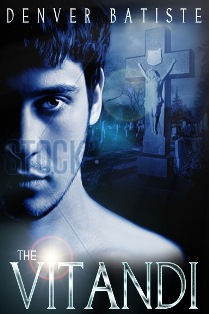 At the age of four, Denver knew she wanted to be a writer. Her grandmother, a Creole from Krotz Springs, LA., kept her and her siblings up at night by telling tantalizing stories of ghosts, ghouls, and the stereo-typical zombies that were a part of her culture and heritage. Denver started incorporating her own imaginary characters in the tales, adding a few details to make the story more frightening, and retold them to her parents, much to their amazement and amusement.

As an adolescent, she spent her afternoons going to the library and reading anything and everything. Mostly books on Roman and Greek mythology, Egyptian folklore, anything that had to do with the strange and unusual. At 13, she began writing her own short stories, and developed a unique style by using actual events and changing them into fictional form.

When her aunt, Mary J. Bowers, wrote a series of romance novels in the mid 80's, she knew she had found a kindred spirit. The inspiration from her aunts novels opened up the writer lurking inside, encouraging her every step of the way.

Denver has always had a strange fascination with vampires, and wanted to write a story that steered away from the traditional “I vant to suck your blaaahhhd” genre that has sorely been played to the extreme. Being from a small town in Tennessee, the Bible was a significant part of her life, and she especially enjoyed the New Testament and the stories relating Christ's life. Always curious, she never understood why the Bible didn't go into more detail about the life of Jesus as a youth or the lives of His beloved apostles after his crucifixion.

So, she decided someone needed to write a story about them. Not the traditional non-fiction drivel, but a new kind of book. With her brain working overtime, Denver began creating a story-- a different version of what's been told for centuries. She asked herself “What if the Apostles were punished for abandoning Jesus and leaving Him to be crucified? What if they were doomed to live forever with the knowledge of their betrayal?” That's when it came to her.

Denver was going to write a book, merging her two passions, vampire lore and Biblical characters to break away from the humdrum, biting on the neck, look into my eyes, nonsense that has been the staple of all vampire tales. Instead, she developed a story using a different method of transformation. After 10 years of laborious fact checking and meticulous reading, The Vitandi, her first novel was born.

Denver lives in Tennessee with her four children and her husband. She is currently working on a sequel titled, Anathema. 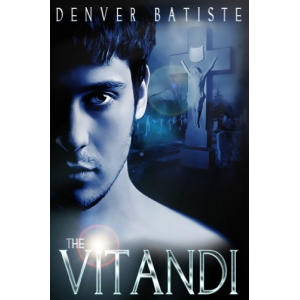