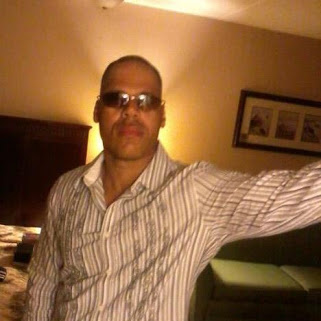 Urban author Dion Cheese is an African-American writer that penned Who Am I, The Chronicles of Cain. Formally a hip-hop recording artist, father, convict, and drug dealer, Dion was born in northern New Jersey, the 7th of 8 siblings. Raised in the inner city section of Plainfield New Jersey, his life was anything but a Norman Rockwell portrait; life was hard, cold and — at times — cruel. Crime and drug-ridden, Dion avoided the lures of selling drugs and/or using them, coming from a family where everyone had succumb to one or the other. He somehow managed to have the force of will and vision to step outside his world, becoming the first in his family history to go to college, attending NJIT (college) to pursue a chemical engineering degree. That got sidetracked however when in his late teens during the 1980s he felt the pull from the large wake his older brother was creating in the world of hip hop music. Robert, AKA Dee Jay Cheese – better known as DJ King Kut –, by his late teens was already a multi-award winning DJ World Champion, and later and inductee to the DMC Hall of Fame. Dion had always been inspired to write, and recorded his first song “Phenomenal” through CSI Entertainment in the mid-1980s as a tribute to the older brother’s talents. Two years later he formed Third Street productions and recorded the singles Third Street, Come On Everybody, Kick The Habit, and Leading The pack — released on Big City Records. He performed live at countless festivals, as well as did shows at The Strand Theater in Plainfield New Jersey [headlined by E.M.P.D], and Newark Symphony Hall [headlined by BDP, D-Nice and Poor Righteous Teachers]. Big City records was co-founded by his manager Bruce T. Dugan and himself, and with the initial release of Third Street the company established distribution through Schwartz Brothers, one of the largest independent national distributors at that time. Dion Cheese in Back Beat Magazine Heart Throb Corner Black Beat Magazine feature Dion was the first Hip Hop artist to appear on the cover of Teen Machine Magazine and was also featured in Black Beat Magazine. This provided exposure that became leverage to attract new artists to the label. He spearheaded the effort to sign new talent, and added Nick D, A/K/A Soul King, and City E to the Big City roster. His eye for talent was confirmed when Billboard featured Big City Records and their release of the SOUL KING album ”Rap So Hot It Will Make You Sweat” on the home page of Billboard Magazine in the Jeanie McAdams column The Rhythm & the Blues. And his partner leveraged that exposure to get the label invited to represent independent music [as one of only 7 indie labels] to the Jack The Rapper (black music convention) in Atlanta, Georgia. They were in good company too, along side indie label powerhouses such as Tommy Boy (Naughty by Nature), and Ruff House Records (Cypress Hill). The convention also had all the big names of the time present: Prince, MC Hammer, and more. In the mid-90s Dion launched Up Front Records, and became the featured performer (along with his younger brother Artis, and his niece Malikah Watson) at the Independent Music Summit in Memphis, where they debuted their first single Angel of Death. Finally, when finances threatened to destroy his company, Dion succumbed to the pressures of the street and the all-to-familiar modus operendi of his neighborhood. He not only began dealing drugs to finance his vision of the record enterprise he wanted to build, but quickly went from small-time dealer to wholesaler. He came up too far too fast, and competitors snitched him out, and he was sentenced to 25 years. After 15 years, Dion once again became a free man. He got a job barely above minimum wage, and worked effortlessly on completing his first novel. With faith, sweat and blood, the newest chapter of this self-determined man begins with the release of his first urban novel, Who Am I? The Chronicles of Cain. 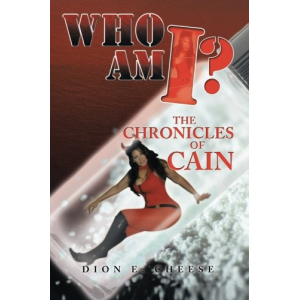 Who Am I?: The Chronicles of Cain