I write fantasy and paranormal novels with a strong romantic element. Her debut fantasy, The Stone of the Tenth Realm, was published summer 2008 by a small UK Press, Libros International. A second fantasy, Gaia’s Keeper, soon to be published is forth coming. I have written the sequel to The Stone of the Tenth Realm, Alchemist of the Tenth Realm. Werewolf Sanctuary is Book 1 in her epic Wolf Maiden Chronicles, a paranormal romance series involving male alpha lycans and their human mates known as wolf maidens. Werewolf Sanctuary is a contemporary that will lead to all the other historical paranormal tales in the Wolf Maiden Chronicles. Book 2 in the series, Beast Warrior, takes place during the Viking era. Book 3 follows with White Wolf of Avalon. I love to create stories that combine her passion for mythology, romance and werewolf lore. I have a BS in Zoology and graduate studies in Biology. I have taught high school Biology, Environmental Science and Anatomy/Physiology. Her background in science and her passion for wildlife biology adds credibility to her writings. I also moonlights as a faculty member of the Grey School of Wizardry, an online school for kids and adults interested in magic and lore. A member of Romance Writers of America, I have also taught workshops on wolf lore and falconry for writer groups. I have volunteered at a wolf sanctuary and other wildlife rehab organizations. 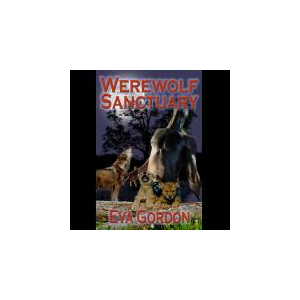